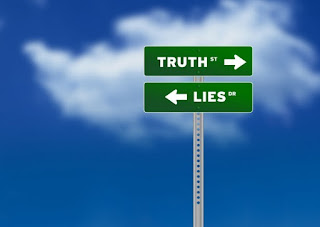 On its face, this picture leads one to believe that this post is about the current political situation.

As you may recall, a couple of months ago I became involved with a multi-church effort to resettle a large refugee family. These Congolese people had spent many years (in some cases their entire lives) in a camp in Tanzania and came to the USA at the end of August bringing with them little more than the clothing on their backs.

They've learned so much in the two months they've been here and they have so much more to learn. In fact, I've been asked to head up a team to identify and teach life skills across a wide spectrum: from which foods need to be refrigerated to how to take public transportation. A big issue this week was how to adjust the thermostat. Initially my team was to be called "American Life Skills," but I thought later "This American Life" might be better. Then it occurred to me that the real name for the team should be "First World Problems."

They're learning, and as their English improves ("I am fine. How are you?"), it becomes easier for them to learn practical things.

We're learning about them, too. For instance, they are appreciative. They never fail to say "thank you" when we take them things or give them a ride to English class. They are easy laughers. Some kids are prone to tantrums, no matter what their culture.The children and the adults alike are spontaneously affectionate; hugs abound with every encounter.

And a big, still unanswered question has come to my mind.

In anticipation of the change in the weather, Cherie and I went to their home a couple of weeks ago to assess their warm clothing needs. We'd been told that the agency we work with had given them coats and hats and gloves, but we felt the need to check and be sure that everyone would be okay on that first day of a big drop in temperature.

We told the family we were there to talk about coats and asked to see the ones they had. They told us they had no coats. None. We looked in the big downstairs closet. No coats. None. We asked permission to check upstairs, and permission was readily granted. There we found coats, a few more than one coat per person. So we decided to focus on scarves, gloves, and hats, and are nearly there.

But the questions were raised and have stayed with me. Why did they say they had no coats? Did they not understand what we were asking? We had noticed that the family had all kinds of things that they did not need, especially clothing of sizes that wouldn't fit anyone in the household. Someone speculated that in the refugee camp there was some sort of a barter system where they could trade things they didn't need for things that they did; it turned out that this was accurate. But still. They knew they had coats. And told us otherwise. There's a chance that they didn't really understand the question. Or perhaps they simply wanted to increase their stash of trade-ables. Or some other explanation that I can't fathom. It doesn't really matter. I'm certainly not condemning; rather, trying to understand.

The big question, though, that I don't know how to answer is this one: Is truth a universally understood concept? Is truth telling an ethic across cultures? Or do people from some cultures -- much like our own little ones -- need to be taught the difference between truth and untruth? This question group of questions rattles around in my brain and I've no idea where to find the answer. Google was useless. My daughter is an anthropologist, and I mean to discuss this with her at my earliest opportunity. Meanwhile, dear reader, if you know anything about this . . . .well, your comments would be most welcome!

Janet O. said…
Curious situation. I have no answers to the rattling questions, but as a former student of sociology, I am very interested in anything you learn.
Saturday, October 29, 2016 4:25:00 PM

stitchinpenny said…
I believe that even in our society people have levels of truth. How much one person tells another and what they consider a white lie is a large part in politics in my town. Truth has become a relative concept. Kids tell their parents only enough of the truth to keep them out of trouble and authority figures laugh. I don't like it but I have always believed that given the right set of circumstances anyone will lie.
Saturday, October 29, 2016 5:12:00 PM

Nann said…
I can't answer your question.
For a brief time we helped with resettled refugees in Fargo. On a November Saturday we picked up Gervaise and Martins, both from Africa, to take them grocery shopping. They came outside in t-shirts and shorts. Stevens told them to go back inside and get coats. It turned out that all they'd heard about North Dakota was how cold it was and they were trying to toughen themselves.
Saturday, October 29, 2016 10:47:00 PM

Carol- Beads and Birds said…
I don't know the answer to the question you are posing. This post is interesting and I am interested to know how the family adjusts. Since you can't communicate freely, I don't know how you will ever know for sure how they think.

I do know that there is a large Mexican Community that have settled in our area, whether legally or illegally. The more wealthy start businesses directed to those that are less educated. It is hard to teach them what health rules are and how to follow them. I have worked with some that don't understand the concept of a toilet and that all waste goes in it and not in the waste baskets for paper hand towels. Many come from areas with no plumbing. It contributes to the reason there is such large support for Trump in Northern Indiana. I welcome immigrants but wish there were a place for them to learn our ways before they are placed in our communities. It certainly would help Americans more readily accept them.

Today I saw on the news that a company has developed technology for remotely driven semi trucks. And people think IMMIGRANTS are taking our jobs.

Shasta Matova said…
As far as I know, truth is a universal concept. I have experience with Uganda, Cambodia and India, and all those cultures distinguish between telling the truth and lying. All people, of course, individually have a balance of how much lying is acceptable. My guess is that they thought of coats as clothing, which is why they were stored upstairs, and did not understand what made this clothing different than the others. It is also possible that they did not think they had enough (only 1-2 coats per person vs. 5+ shirts).

The way to tell is same way you would tell with any other person. Is this a pattern in their behavior or is this new?

By the way, the laughing may mean they are jovial, but in case you didn't know, sometimes laughter is used to signify nervousness, frustration, or humility too.
Monday, October 31, 2016 8:31:00 AM

Barbara Anne said…
I had often wondered how this group of newcomers was adapting to their radical change of circumstances that to me would be extremely daunting and scary. Thanks for the update. I have now clue about your puzzlement in regard to the coat count.

Andrew said…
The idea of truth being universal has a fair amount of currency in Philosophy as does truth being relative. There is the third possibility that truth is absolute but as humans we can only have a relative understanding of it. I guess what I am thinking about is: is there truth and if there is, does truth obligate us to be truthful. I guess also is truth a thing, a reporting of a state of affairs, or a linguistic condition. I am sure there are many other possibilities as well.