Epic Trip Part Sixteen: Out and About in Madrid 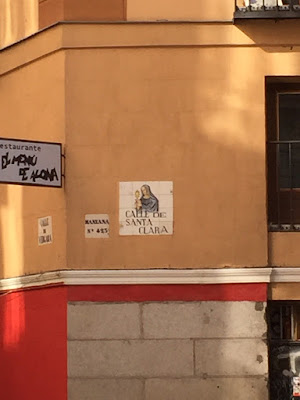 We woke well-rested and enjoyed breakfast at Liabeny Hotel and then followed the dots to the meeting place for our morning tour. We were scheduled to visit the Palace. It was a small group and our guide was superb. We weren't allowed to take many pictures at the Palace, so the following will have to do.

The photo to the left isn't at the Palace. It's just a simple street sign. I thought the street signs in Madrid were beautiful. 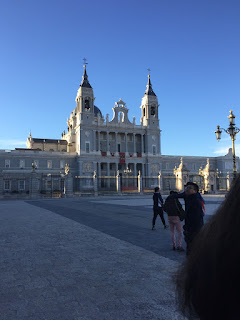 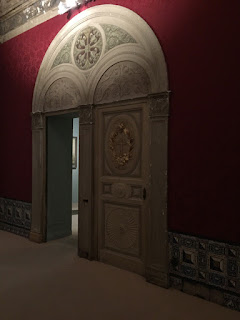 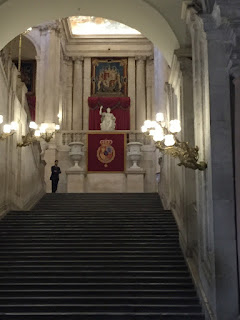 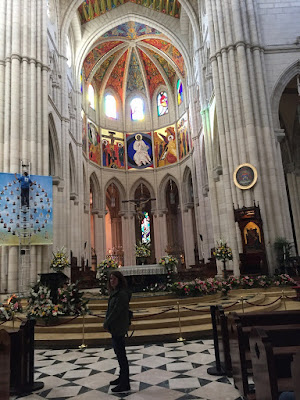 There was a cathedral across the street from the Palace and we decided to pay a visit. We'd seen another cathedral the previous day near the Prado but hadn't gone in.

This place was gorgeous. I was fascinated by the contemporary appearance of the ceilings and the windows. 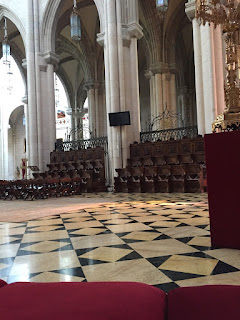 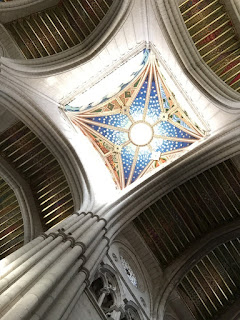 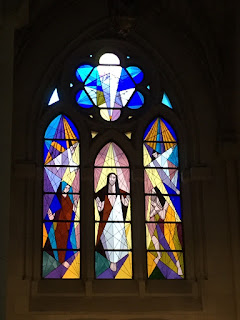 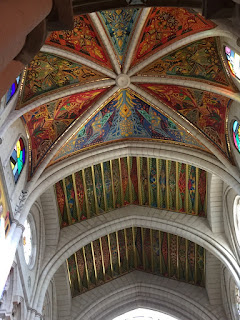 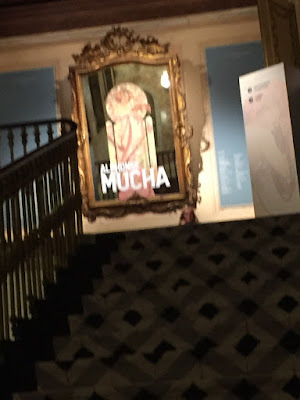 After leaving the Palace and cathedral, we passed another museum advertising an exhibit of paintings by Alphonse Mucha. I had a set of notecards with reproductions of his work and always liked them very much. So in we went. There was an audio tour and we learned about Mucha's life and work. I hadn't known he got is start in advertising.

There was a very, very small shop at the gallery and I would have bought a reproduction or two (just in case the ones from the Prado were vetoed by Himself!) but the wares were limited to scarves, umbrellas, and other types of merchandise. 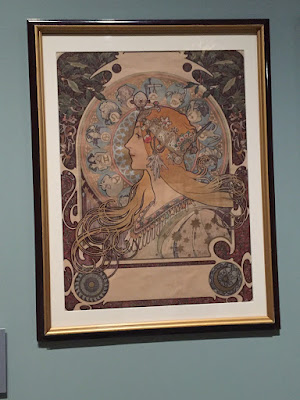 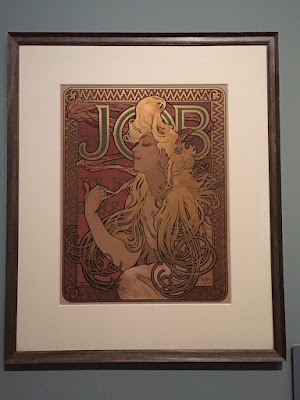 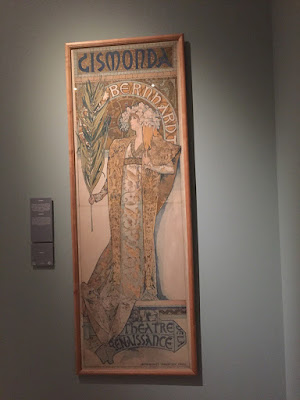 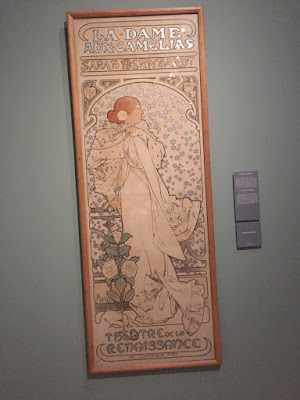 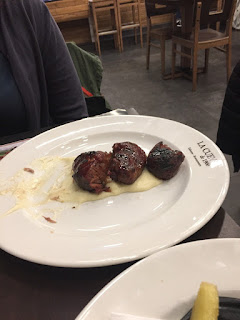 We needed a nap after lunch because we had Big Plans for the evening.

In Madrid, dinner begins at 8:30 p.m., very different from in the United States. And we were advised that we really should wait until after our Big Plans to have our dinner. That would be around eleven o'clock. We disregarded the advice and stopped at a tapas place on the way. It was good. 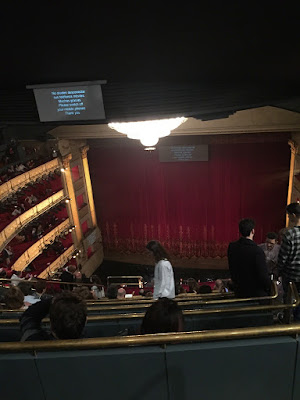 Our Big Plans come to fruition! Sherry planned most of the things that we did in Madrid. I was so delighted to have her company (and her Spanish), that I was happy to do whatever she wanted.

Sherry majored in Spanish in college and spent a semester in Mexico. So she is very fluent. But she was an oddity in Madrid: She had this excellent Spanish, but she wasn't a Spaniard; she sounded like a Mexican but was obviously a gringa. She explained herself several times. After my mishap with the sandwich of socks, I was pretty much content to let her be our spokesperson.

When she asked what I would like to do, I said that one of my heart's desires when in a foreign city would be to attend a classical concert. She was up for it. On the web, before the trip, I found a lovely symphony concert for Saturday and was about to buy tickets. Then I saw that on Friday the opera Carmen was to be performed. Neither of us is an opera buff, but we knew what we had to do, and we were not a bit disappointed.

This photo is one I took from our seats way up in the very highest tier. You can see a screen in the upper left corner; there were a few of these and then enabled us to have closeups of the action on the stage. They also provided translation -- I hadn't known Carmen was in French! They provided Spanish and English language for us. The opera was thrilling; I loved it more than I know how to say!

Here are photos from the web showing the opera house and also the staging of the show. 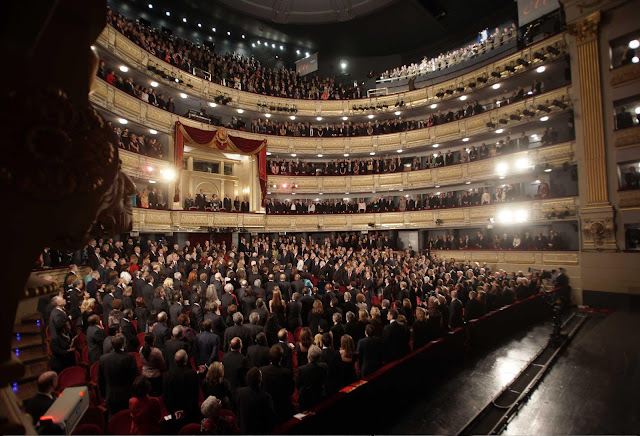 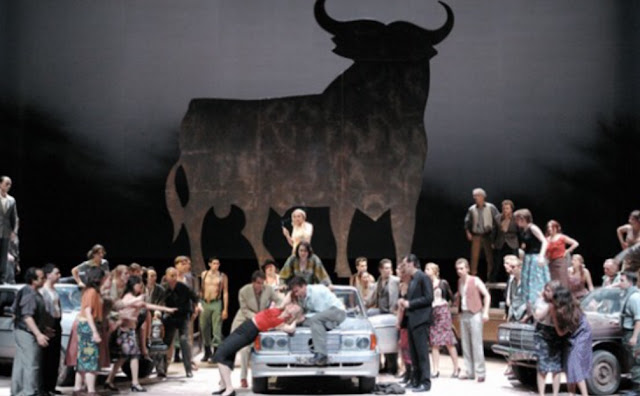 Janet O. said…
The interior of the Cathedral is awe-inspiring!
The opera appears to have been quite an experience. I would love to travel with someone fluent in the native language. What am I saying? I would just love to travel--period!
Friday, December 15, 2017 12:39:00 AM