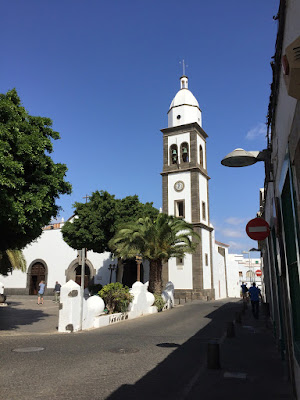 We spent November 4 at sea, and on the 5th came to the Canary Islands. I wasn't sick any more, but the rough seas persisted, and they kept me feeling a bit queasy much of the time.

We were invited to sit at the Captain's table on that night, the night of the Captain's dinner. We were delighted at the honor and eagerly went up to the Piano Bar to join the Captain for pre-dinner drinks. To our surprise, the Hotel Manager was hosting the event. It seemed that our Captain was under the weather and the HM was filling in!

This first phase of the trip was nearing its end and, to be honest, I was looking forward to terra firma. Some of the friends we'd made embarked on the excursion, and came back to tell us that their lunch had been cooked on a volcano! We were content to wander the town, checking out the church (of course), look at the coastline and other local sights, and enjoy a snack.

We looked for canaries and found nary a one. I surmised that they were all down in the [nonexistent] coal mine. Later I learned that these islands had not been named for charming little yellow birds. Rather, the early explorers found dogs on these islands, and canaria being the Latin word for dogs, provided the name. 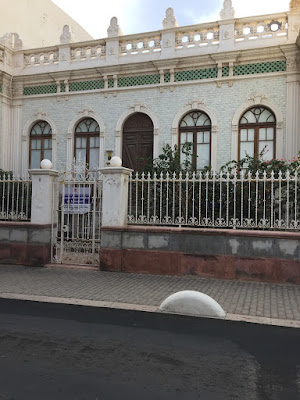 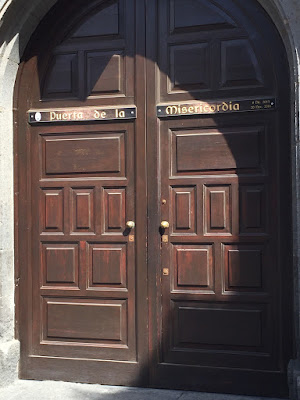 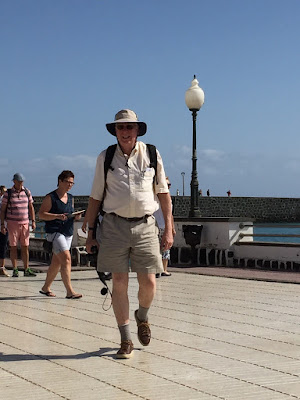