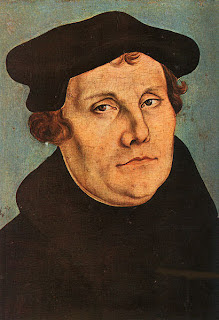 Sherry's first job outta college was as a social worker in the foster care department of a highly respected agency In Philadelphia. Once in a while she'd report on a child who was difficult to place because "she has issues." Of course nowadays people have and talk about their issues all over the place, but this was all new to us back in 1998.

Yesterday I met the Queen of Issues. Y'all know I've been volunteering at Obama for President after I leave work each day. I haven't said a lot about that and prolly I won't say a lot about it because I certainly don't want this to turn into a political blog.

Yesterday when I arrived at my post, all of the data entry slots were filled, so I was give the task of addressing postcards. Easy, enjoyable work. I set up at a table where a newcomer was entering data. Looking back now, I'm aware that all of the regulars were giving her pretty wide berth.

She wanted to talk. She ostensibly was there to volunteer ("I've worked in the campaign offices in Texas, D.C., Ohio, and Connecticut already") but didn't get a whole lot done that I could see. She wasn't crazy about the offerings in the food room (a lovely fresh deli platter) because there was so much meat (as well as two kinds of cheese) and the potato salad was "too mayonnaisey." She's a vegetarian, she was quick to point out. She was very slow at her data entry because she had her headset on, and from time to time would stop work to share with the rest of the room what she was hearing on NPR ("the only reliable news source; I would never listen to Fox or even CNN"); never mind that most of the rest of the room was making phone calls. She confided that she has a "chronic illness" and waited. I didn't ask. I was addressing postcards. There was no other space for me to move to.

Soon someone came in bearing a huge pot of -- how fortuitous! -- vegetarian chili! Ms. Issues went and helped herself to a modest portion. Unfortunately, it contained too many beans for her taste. And, "I really don't like it when they put all these vegetables in it -- you know, like celery!" What the hell else are they going to put in vegetarian chili? Oy.

My postcards finished, I switched to data entry and as luck would have it, the 'puter that was free was next to You Know Who. As soon as I settled in with my call sheets, she passed hers over and said, "I'm going to give these to you. And I'm going to make phone calls." Alas, she didn't move to a new location, and sat making her calls with some form of a comment after each one. Sometimes it was just a very heavy sigh, begging me to inquire. I didn't. "I don't know why in this day and age a person wouldn't have an answering machine." Another sigh. "Well, they could at least say goodbye before hanging up on me." Another break -- this time for a beverage. Of course, she didn't drink soda. "Is the water here out of the tap okay to drink?" The saint behind me pointed out that people Near Philadelphia drink the water all the time but there was also bottled water if she'd feel more comfortable. She wouldn't -- "I never put plastic into the environment!" Why wasn't I surprised? Other campaign offices had nightly conference calls involving everyone; this one apparently didn't. She was in from D.C., staying with her cousin. And we wouldn't believe the family dynamics . . . . Oy.

My data entry was nearly finished when she produced the pièce de résistance: "When we schedule an event and invite people to it, we should provide free child care so that more people could come." I nearly choked on my brownie ("I really shouldn't eat chocolate, but it is healthier for me than all those potato chips"). Even the saint was incredulous. I finally had to respond, "Yes, and all it would take would be one parent to say that one campaign worker had touched a child inappropriately and everything we're working for would be gone." I turned in my data sheets and went home.

What, you may be wondering, does the Queen of Issues have to do with Martin Luther, pictured to the left? Well, one of Luther's wisest insights that I fervently believe and attempt to practice is that we should always seek to put the most positive spin on our neighbor's failings (not his exact words but you get the idea). I'm trying, friends, I'm really trying.
Email Post
Labels: Thinking

Three Birds Inspired said…
Part of the Episcopalian baptismal covenant is that we promise to "seek and serve Christ in all persons," and "respect the dignity of every human being." Some days it is REALLY hard to do that!
Tuesday, April 15, 2008 1:55:00 PM

Lindah said…
Hello, Nancy --I'm catching up on my blog reading...I do so love your Psalm 30 ladies wall hanging. But then, I love the ladies even without the borders and quilting. It is simply stunning!
Wednesday, April 16, 2008 6:29:00 PM

The Naturalist's Daughter said…
Luther's insight is a good one. It would be very difficult some days to practice. I don't think I would have done half as well as you under the circumstances.
Wednesday, April 16, 2008 7:39:00 PM