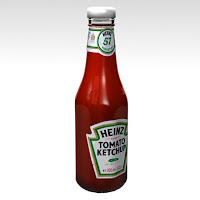 So forgive the picture, already. Okay?

First, I have to report that the recovery from the cataract removal continues to go splendidly! I had a check-up appointment twenty-four hours after the surgery and the doctor was very, very pleased with my progress. I was seeing halos around light with the operative eye and he said that would go away and by the next morning it had. I see the doctor again a week postop.

It has been so easy that I have already scheduled the second eye for mid-July! The thing is, there's this blurriness. The operative eye is great for distance without glasses, better than the nonoperative eye with glasses, actually. But with glasses on, there's a slight blurriness, although the nonoperative eye has been impressive in its ability to take over and disregard the blur. We tried taking the lens out of the glasses for the operative eye, but then I saw double, and I really couldn't deal with that at all. There is a complicated eye drop regimen, and Joe is very proficient at their administration. I don't know how long this continues, but we are being conscientious about it.

Summer is a good time for me to be doing all of this; I am on shorter hours at work, and the work itself is less demanding. After the second procedure, I'll need glasses for reading and likely for the computer, but not for driving or walking around!

Second, cooking a cardiac diet has actually been fun. I am in the process of moving my Silver Palate and other marvelous cookbooks downstairs and have only my American Heart Association cookbooks and other light/low fat cookbooks on the shelf in the kitchen. We are both doing okay with this way to eat. When we go out -- like last night -- we enjoy something from the regular menu. The theory that red wine is good for the heart hasn't hurt either!

Third, and this is a real achievement, I'm not overscheduling! Being out for some reason one night per week is plenty. Most of the time. And for the weekends, we are not cramming them full-full of stuff. This weekend, for example, all we scheduled was my attending a meeting for an hour on Saturday afternoon and then dinner out Saturday night with Amy's parents. We went to church this morning and the rest of the time have been at home.

Fourth, my concentration is somewhat better. I put away the book that was flummoxing me and have since read 1-3/4 different books and can actually tell you what they were about! I was putting my leader-ender project blocks up on the wall a couple of hours ago, and notice that even on these super-simple jewel boxes, I've made a lot of mistakes during my non-concentration period. Fortunately, I have some good seam-rippers.

Fifth, and I think last, I've been sewing and am about an hour each away from the completion of Sunday Best and my version of Meadowbrook Farm. For the latter, butting the blocks up next to each other wasn't a good thing. My seams are not that perfect and the secondary pattern was blurry -- like my operative eye with the glasses! And I really wasn't crazy about all those triangles around the outside. So I've made scrappy lattice and cornerstones, and then a narrow containing border and then a generous border. It doesn't look anything like the pattern anymore, and I'm liking it quite a bit. I think, however, I should change the name to Meadowbrook Pasture or something so the pattern designer doesn't protest. Pictures of these two projects will appear soon -- perhaps even by tomorrow!

SallyB said…
Oh, for the day that I can finally get rid of the trifocals....! My optometrist said that I will eventually get cataracts, but not for, oh, 20-25 years yet, so for now, I am stuck with these danged glasses, that if I lose, I am hosed, since I only have the one pair. I lost them a few weeks ago somewhere around my apartment and I had to rip the place apart quite a few times before they mysteriously turned up in my laundry bin....sheesh......how they got there, I haven't a clue. So, see, aren't you glad you had the cataract surgery? Wasn't that easy? And now you're going to have the other one done and that'll be that. Lucky you to not have to wear your glasses like I do. Maybe someday I can mostly get rid of mine and not have to shell out $300 for new trifocal lenses every time they need replaced......which is far too often the older I get.....
Sunday, June 29, 2008 6:45:00 PM

LoieJ said…
I'm glad that this is going well. I took a friend to her post-cataract recheck the other day. There were lots of people in the office waiting for that checkup. I guess this surgery is fairly easy these days. I would worry about the drops, however, since I was miserable all spring when I had an eye infection and found no drops that I wasn't allergic to.

Glad you are sewing again and learning new recipes. I've lent my heart-cookbooks to a friend. I really should USE them before I NEED to use them.

I've been following your blog in the recent months, just haven't posted a comment in a long time due to my own family business with mom and such. I NEED to get back to sewing. I'm not sure if I've signed in before with this sign in name or with my sewing one.
Sunday, June 29, 2008 7:17:00 PM

floribunda said…
Hi Nancy, are you familiar with "Eating Well" magazine? It's not specifically heart-healthy, but it's healthy in general and I've really liked almost everything I've cooked from it.
Sunday, June 29, 2008 7:52:00 PM

Guenveur in Kent said…
Once your eye is healed you will need a new prescription for your glasses and if you are having the next eye done soon you will have to wait for that eye to heal, too, before you get new glasses. It can be a bit of a pain. I used drug store glasses to read until I got my new prescription. But them I had the surgeries several years apart...because the second eye did not develop a catarct until later.
Monday, June 30, 2008 11:09:00 AM