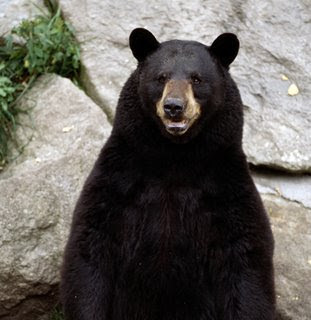 At the bottom of my blog, I've got a gizmo called "Live Traffic Feed" by some company called FEEDJIT. It tells me the city and state of individuals who visit my blog. That's all it tells, not who they are, why they come, or what they do here.

Recently they've been beta testing a new service called "Live Feed" which I can put on and it lets me know when people come and go, and where they came from, i.e., Blogger, Google, Nicole's blog, Bonnie's blog, etc. Still don't tell me who they are, which is fine, but this beta version tells what people were searching for if they came through Google. I was amused yesterday when someone arrived after googling "Where to buy crystal meth Near Philadelphia"! Of course, this led them to my whining post from a few months ago when I had a bad cold and the pharmacist wouldn't let me have my remedy of choice because people use it to make crystal meth.

Anyway, where I was going with the title of this post is here: Lots and lots of people visit this blog and a few faithful visitors leave comments which I read and enjoy, even if I don't usually respond to them. There are people from many cities and countries who are utterly mysterious to me; I've no idea how they came upon my blog, why they read it, what they think of it, any of that.

Daily, and I do mean daily, I get at least one visit from someone in Bear, Delaware. I don't think I know anyone in Delaware anywhere, much less in Bear. I went a-huntin' and discovered that Bear, like most of Delaware, is south of Wilmington, and it is in New Castle County. The closest quilt shop appears to be Lavender and Lace (no website, apparently), in Newark (note to self -- check it out next time we head South on I-95).

Do I know you, Bear? Do you ever comment? Would you, if begged, she groveled?

Nanette Merrill said…
It is strange to look at my blog counter and see so many people visit my blog and I don't know them when only a handful comment. Strange isn't it.
Monday, June 30, 2008 8:55:00 PM

I love reading your blog and am one of the folks who get here through Bonnie. I'm an almost 50 Lutheran in Virginia, outside Washington DC. Our daughter is in grad school in Harrisonburg, and I have got to get to the Joshua Wilson House before she leaves! Next time you're there, head west on the street where Josh is located, and you'll get to Dayton in about 15 minutes. Patchwork Plus is the local quilt shop close by. Thanks for letting me lurk!
Monday, June 30, 2008 9:28:00 PM

LoieJ said…
Your counter must be more useful than the one I have, which just tells me the last ten hits. My other blog gets one or more hits/day looking for Nigerian clothing, which I have never written about, but I had posted a link to it once.

Hope you hear from Bear! But just in case you don't, I thought you might like to hear from someone who lives in bear country. We have black bears, coyotes and other critters up here who sometimes try to get our chickens and sometimes succeed. We can usually scare them off by banging metal pots and lids together. One time when we were on a trip my daughter hit a bear over the head with a metal dog food pan. I sure do not recommend that! Thankfully, it was a small young bear and was a bit dazed after and just wandered off. We live in a little old gold town called Foresthill up in the mountains in California.
http://foresthillchamber.org/index.php
http://mmoffet.mystarband.net/default.htm

Foresthill is a beautiful place to live, but this week we have been inside all week because of the fires. We all appreciate our fire fighters so much!

I found the link to your site on
http://quiltville.blogspot.com/
and share your love of primitive quilts. I am a new quilter and just made my first quilt at age 67... yea!
The closest quilt shop to Foresthill is 17 miles down the mountain in Auburn.
http://www.cabinfeverquiltshoppe.com/
There are photos of the shop at the bottom of the page. Neat place and helpful... that is where I learned how to do rotary cutting and bought everything to make my quilt. I think I have the quilt bug because now I want to make a quilt for everyone in the family.

This is the first time I have posted a comment and I think from my own experience that more people might leave a comment if they understood the "choose an identity" choices. I had to get my daughter to give me a clue... I don't get the Open ID ...? Oh, well, hope this works.

Thanks for writing your blog and sharing your knowledge of quilting. Hope you are doing well after the eye surgery.
Happy quilting!
Monday, June 30, 2008 11:17:00 PM

Mrs. Goodneedle said…
Curiosity killed da bear, no... never mind, that's da cat. These stat counter/tracker things can be interesting... I hardly ever look at mine, though. Maybe I should.
Tuesday, July 01, 2008 6:38:00 AM

*karendianne. said…
That's totally interesting. Wow. That means you know when J'ville does a "dine and dash." hee.

Do you know, LeeHaven doesn't have any counters, trackers, tickers or bombs? I am certain I don't need to explain why that is.

Anonymous said…
well, I am not your bear, but it's me, that Dutch girl from... the Netherlands. lol.
You found my blog already and I love reading comments on my posts so thank you for your comment from last week! I often wonder where people do come from and how they've found my blog! I mean, it isn't the most hip or buzzing blog in the world, it is more about me, my life and my quilting and still people think it is interesting enough for them to read... I like the tought of that. lol
anyway, I don't know where I found your blog and how but I do know you are on my daily "to read" kind of list... and the next time I am going to fiddle with my blogroll you will be on there aswell, together with all the other non hip blogs I read daily...
hope to read much much more from you in the near future! keep on blogging !
blog you soon!
Winda aka Dutch Quilter
Tuesday, July 01, 2008 11:53:00 AM

Cathi said…
I hope you hear from Bear too! I wonder about the people who I see, from the blog counter, visit my blog frequently but never comment.
Tuesday, July 01, 2008 12:31:00 PM

Paula, the quilter said…
I have a counter from sitemeter that I usually cruise through just to see where people come in from and what search strings they used. It is funny sometimes.
Tuesday, July 01, 2008 1:23:00 PM

I'm one of those non-quilters who came to your blog through my very-long-time friend, Mrs. Goodneedle. I have strayed away from my own blog this year, not having the discipline some of you have to jot down my daily thoughts, but I really enjoy reading the musings of others. You and I are both Lutherans as well and I like hearing about your churchly thoughts. I'm also so impressed with your quilting...such beautiful work! And we've just had our first grandchild, so I also like reading about your little grandchildren as well.

*karendianne. said…
Maybe for some treats I would admit to being the Bear. I'm very cute and snuggly like a Bear. I'm so cute, too.

LoieJ said…
I put this counter on my blogs and it is interesting. But I can't figure out why Jeffersonville, Oh is on there day and night. Somebody must have my blog open up whenever that computer is on the internet. Or else it is the hometown of that counter.
Thursday, July 03, 2008 6:08:00 PM