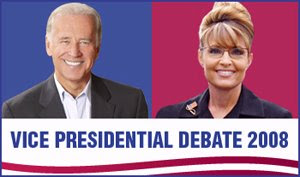 At the time I went to seminary, theological education started with four weeks of intense study of Koine Greek, the language of the New Testament. Working together from 8 in the morning until 5 in the afternoon, with optional sessions in the evenings, we covered one year of Greek in one month. We began, appropriately enough, with the opening words of John's Gospel, "In the beginning . . .

It was an exhilarating experience. At the end of the course, I came away with an "A" for my first grade in seminary, and was capable of translating the appointed Gospel lesson for a given Sunday in five hours or less. And I actually did do that each week for the following three months.

Could I do it now? No. Could I do it even ten months later? Not really. I could barely remember en ar-KAY ayn ha LOH-gohs (Blogger wouldn't accept my Greek font, darn it), Greek for "In the beginning . . . " Knowledge gained through cramming doesn't last unless it is used on a regular basis, unless it is reviewed, refreshed, and used.

All of this has been in my consciousness this week as I've read reports of the debate prep and came across the following:

"After campaigning with her running mate, Sen. John McCain, in Ohio, she will travel Monday to McCain's Arizona cabin to cram for the debate in St. Louis, Missouri . . . ."

So, Sarah's got three or four days to learn how to be Vice President? To cram in everything she needs to know to convince the voters that she could step in on a moment's notice? And then have all of that knowledge at her fingertips later on?

Give me a break.

Based on Governor Palin's recent interviews with Katie Couric, with Charles Gibson, a lot of people I know are eager for the debate this Thursday, eager to watch her make a fool of herself -- and of John McCain -- yet again.

But consider this: It could all backfire. Based on her past performance, the expectations of Sarah Palin are not very high. She's almost bound to do better than we anticipate.


Crossing a bar that has been set low should not fool viewers into thinking this is someone with deep knowledge. It is someone who has crammed. Who has essentially learned a full year of Greek in four weeks and not only passed the course, but has done so with flying colors. Whose knowledge of The Important Things is right up there with my knowledge of Greek back at the end of September, '92.

I want someone smarter than I am to be President and I want someone with a deeper knowledge of the issues than I have to be Vice President. It scares me that this woman who can't name a Supreme Court other than Roe v. Wade is "cramming" to learn Vice President 101. It terrifies me to think that as soon as five or six months from now -- Given Senator McCain's age and health -- she could be the leader of the free world.

I watched Katie Couric ask Sarah Palin about John McCain's record, heard the candidate say, "I'll try to find you some and I'll bring them to you ," and I cringed. I read this and was speechless myself.

She may as well have said, "Katie, it's all Greek to me."

Three Birds Inspired said…
I understand she did a good job ordering cheese steak sandwiches in Philly the other day...
Tuesday, September 30, 2008 10:56:00 AM

Mrs. Goodneedle said…
Not to stir the pot, or incite rebellion here, but my two cents, for what it's worth: I've always believed that it's OK to admit you don't know everything and surround yourself with people and resources who can help at a moment's notice. One of my favorite pastors and spiritual leaders has always admitted to me what he doesn't know, but then has always researched and provided for me what I needed; he jokes, tongue in cheek, that the facts are better than anything he could make up! I appreciate that.
Tuesday, September 30, 2008 11:55:00 AM

I am literally crying over this... This is too close for comfort...

I have to agree that everyone can't know everything, but politicians running for the second highest office in the land should know about some landmark legislation...

& with a pregnant teen, they should also know that abstinance only is not that answer & will most likely lead to an increase in abortions, legal & safe or not...
Tuesday, September 30, 2008 12:38:00 PM

Gerrie said…
I just found you Via Deus Ex Malcontent. This is so scary. I feel that Sarah has been living in an Alaskan bubble. She showed up here in the US and knows nothing about us - as if I were plunked down in Denmark and needed to bone up on issues for a debate. It is going to be very difficult for her to process all she needs to know. What really irritates me is how the debate was formatted to accommodate her. this was patently sexist and unfair.
Tuesday, September 30, 2008 2:31:00 PM

I sure think it is OK to practice style for a debate; we'd all need to do that, but if you have to "learn" basic content, there's a problem.

People seem drawn to SP. I don't. I don't like people who seem arrogant in their ignorance. Akkkk. How can you learn when you don't even know what is lacking in your knowledge? Sort of the opposite of the more I know, the more I realize I don't know.
Tuesday, September 30, 2008 3:13:00 PM

Anonymous said…
I followed a link in Deus Ex Malcontent here, curious to see what another near-Philadelphia blogger (I'm in the western suburbs) had to say. The prospect of Palin as vice president (or--and there's a possibility this might happen--as president) terrifies me, too. It stuns me to see someone who is at best mediocre being touted as a reasonable candidate for one of the most powerful positions in the country.
Tuesday, September 30, 2008 3:44:00 PM

Mike Reyes said…
Ma'am, I am a first time reader (you can thank Chez for that), and I must say...well done. Well done indeed. I have had this EXACT fear on my mind ever since the first Presidential debate, and I think if enough people go into the debate thinking that, Biden will still wipe the floor with her.

And as for Palin's lack of Supreme Court Case knowledge, it's amazing she can't even muster up a responce such as, "That Miranda one" or "Kramer v. Kramer"...at least she'd be making an effort.
Tuesday, September 30, 2008 3:46:00 PM

Unknown said…
I'm just an average newspaper reader and NPR listener who mostly reads fiction and specialized history, written by the participants (i.e. Letters from Nuremberg, Warriors Don't Cry, etc.). Off the top of my head: Brown vs. BOE, Marbury vs. Madison, Lawrence vs. Texas, Grissom vs. Connecticut, Miranda, and BUSH VS. GORE, FOR F*CK'S SAKE!

When I was in college, taking lots of American history courses, I probably could have named thirty and discussed them at length.

*karendianne. said…
I would have had and may still have SOME respect for her if she could lower the ego and simply add some humility.

I love a person that can admit they're not familiar with that, they don't know, but can provide a framework that shows their thinking process.

I don't need to agree with you but I want to know how you think through a problem and present it on the spot. THAT WILL BE YOUR JOB. You don't have to know but you do have to THINK.

Anya said…
You are right on target.

DPUTiger said…
I don't have a problem with Sarah Palin personally. She's probably a lot like my neighbor, who has become a good friend. Great mom to her kids, involved in her community, doing the best she can with and for her family and neighbors.

But that's not who I want to vote for to help run this country.

As Governor of Alaska, it's fine that she can't name a Supreme Court case. But a month away from possibly being the vice president-elect of the United States? I'm sorry, but I think it's an insult to the American people to say that "of course your lipsticked pit bull next-door neighbor is qualified to be the VP!"

Joyce said…
Nice post! Found my way here via Deus' page. And you are right, she can only get better. My fear is that Biden will come off as smarmy and arrogant (which he has a tendency act like) and that will create more sympathy for Palin. But shame on anyone that feels she's qualified just because she's crammed for an exam.
Tuesday, September 30, 2008 8:59:00 PM

Ms. Jan said…
You nailed it. She probably is a decent person and all that, but I don't want her as my VP. Like others have said, you don't have to know it all, but don't pretend that you do.

Guenveur in Kent said…
So, here is my theory: John McCain, realizing what a total mess this country is in, is actually throwing the election by overestimating the intelligence of the American voter. Since he can't just quite, he has chosen Palin, trusting that people will not vote for him on that account. Alas, he may be wrong.
Wednesday, October 01, 2008 2:35:00 PM