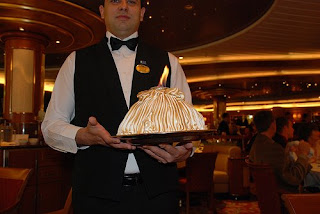 No, I didn't watch him last night.

Two weeks of Olympics followed by a week each of the Dems and the GOP have taken the toll on my sewing. After so much time away from Bernina, I was beginning to get a little bit hivey.

So I settled in for a fix last night. I knew I couldn't concentrate on anything significant in the realm of sewing, so after making the block that Lori had requested for her birthday, I began to piece CW repro 9-patches at a furious pace with no thought as to how they'll be used. Felt good.

Emerged from the studio in time to catch the bio of Cindy McCain who, like Laura Bush, seems to be a lovely woman with unfortunate taste in men.

Gonna end with one more political insight and then promise (not so much for my readers as for me -- I certainly don't want Andrew calling for another Intervention to my occasional obsessions) to get back to blogging about quilting, philosophy, family and friendship. It's a note to *Half-Baked Alaska who was booing Barack for being a community organizer and touting her own loftier position as a governor. It's not original, unfortunately, but lifted from a brilliant commenter over at Chez's place.

Jesus Christ was a community organizer.
Pontius Pilate was a governor.

Unknown said…
LOL! What a nice way to start my day.

I picked up this comment from the internet (can't remember where right now). Obama was guillotined (by Reps) over something his pastor SAID, but we're supposed to ignore the fact that the VP candidate's 17-year-old daughter is pregnant, presumably the victim of an "abstinence only" sex education.

I did watch him. You didn't miss anything. The guy's a terrible speaker and clearly he's planning eight more years of the same. (Drill, drill, drill). What struck me was the lack of enthusiasm in the arena.
Friday, September 05, 2008 9:26:00 AM

*karendianne. said…
RIGHT ON! I am so glad you pointed this out.

LoieJ said…
Although I know that my hubby won't vote Rep., he mostly liked McCain's speech. But not the wife. He thought she wasn't sincere.

Before I learned about her charity work, I heard her pitching for people to give to the hurricane victim and thought, well, she could finance a city or two. Well, yes, she still could.

BTW, we don't know that the daughter wasn't using Birth Control. None of them are completely effective. I think we should leave her alone.
Friday, September 05, 2008 6:11:00 PM

Guenveur in Kent said…
That's just brilliant, your riposte to the governor of Alaska and her snide remark about community organizers. I hope someone reads it to her.
Saturday, September 06, 2008 12:37:00 PM