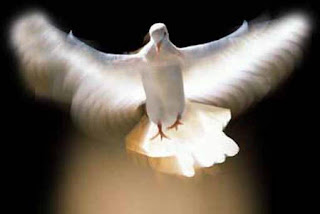 We've decided it is time to clean up and reorganize our "lower level." On Monday evening I was puttering around down there and came across a great big box of papers. I wasn't sure what they were, so I pulled out a pile of them and started to read.

Years ago, when I was in my forties, I felt called to a vocation as a hospital chaplain. It was to be a long and complicated process, beginning with earning a college degree (not an option for girls in the family I grew up in), then four years of seminary followed by three years of serving a congregation as a pastor, before a person could be considered for "specialized ministry." In my final year of seminary when I was serving as an intern, I knew that I was not called to be a pastor to a congregation and it seemed to me to be immoral to use a congregation for my own purposes. I left the internship and the candidacy process, finished my M.Div. by an alternate route, and wondered what the future held.

I decided that since hospital chaplaincy was where my heart lay, I would pursue additional units of clinical pastoral education (CPE). During that time, my denomination opened another way to chaplaincy -- through the diaconate. I applied to enter this program, which was in its infancy. At that time the head of the candidacy committee for our synod was a very difficult and power-hungry woman who was infamous for zeroing in on one or two candidates each year and making their lives miserable. She never understood my rationale for having withdrawn from the pastoral track, and when I applied to the diaconate, she insisted on a complete psychological evaluation and starting all of the steps over from the beginning, even though I had been months from ordination two years earlier.

The diaconate was denied me.

As I looked through the papers on Monday night, I came across verbatims of hospital visits, theological reflection papers, and other writings from the four CPE units that I completed. Reading through them, I was struck by the fact that they represented solid work. They were well-written and were evidence of good ministry and earnest learning. I couldn't remember some of the patients that were involved. But I began to have a feeling of, "Golly, I really did accomplish something. I did some good for some people who were hurting. I brought God into the hospital setting." I felt happy. The last paper I came across was the psychological assessment, pointing out all of the myriad reasons that I was unsuitable for this work. It was horrible to read it again, and I wish that I hadn't.

On Tuesday morning I felt sad as I went about my work at school. The things in the assessment stayed in my mind and although I did not feel that the description of me was accurate in several of the sections, I wondered if, in fact, the psychologist had been right and I was wrong. In the midst of all of this, a family member phoned with a problem, and although I listened and supported, I felt like I wasn't doing enough. The warm, fuzzy feeling of the evening before was gone and replaced by an awful self doubt.

Around mid-day an email popped up in my inbox. It was from our parish administrator, saying that the pastor was on vacation, that Beverly R had been hospitalized, and would I be able to do a hospital visit. It has been a very, very long time since I last received a request like that.

After dinner, before I left for the hospital, I told my husband about my experience of Monday evening and how it had spilled into Tuesday morning. He was so affirming, saying that he knew I had been called to that ministry, that I had done good work, and that the psychologist was trained to look for pathology. He didn't add it, but I know both of us were thinking, "particularly after hearing from that horrible candidacy director."

I'd visited Beverly in the hospital eleven years ago, supporting her as she sat at her dying husband's bedside. I hadn't known her at all before that night, but out of all of the hospital visits I've ever made, that is one that stands out with clarity of detail. She's "eighty-one-and-a-half" now, she told me, and lives with a multitude of medical issues -- a heart condition requiring a pacemaker, a chronic gastrointestinal disorder, some ongoing pancreatitis -- and her mind is sharp as the proverbial tack. She talked and I listened, she talked some more and I listened some more; she recalled the last time we were together and said how much it had helped her to have me there that night. She said again and again how glad she was that I had come this night. We held hands and prayed together before I left. She thanked me for coming, having no idea whatsoever what she had done for me this night.

Pat said…
I'm sitting here with tears in my eyes and joy in my heart for you. Sometimes God whispers, and sometimes She shouts -- you got the shout, Nance, so you better answer loud and clear! Amen!
Wednesday, November 04, 2009 12:12:00 PM

LoieJ said…
You've hinted at this before since I've been reading your blog, but not the details. I'm glad that you got the affirmation that you needed when you needed it. Surely you know when God is speaking, and has spoken, to your heart.

I do wonder how those candidacy committees get chosen. In our synod, at the time my daughter was in the process, there were two women from our relatively small congregation on the committee. That seems strange, in itself. It worked out OK at the end, when my daughter flew home for the last interview and then missed it due to a flub, which I'm sure was her fault.

But one of those two women was clergy, working in a position that wasn't in a church, and really, had little "ministry" involved in it at all, being mostly administrative. Plus, she hadn't been in a parish for about 15 years. plus she wasn't getting very high marks for the job she was in (asked to leave, I've been told.) Having a lot of letters after one's name doesn't guarantee competence.
Wednesday, November 04, 2009 12:47:00 PM

Quiltdivajulie said…
Good things DO come to those who wait... and ponder and study and serve and pray ... the single word that struck me most in all this was "LISTEN" ... so many of us care deeply and try to help, but consistently fall short within our listening abilities ... blessings on you for being able to listen effectively and the comfort that offers to others.
Wednesday, November 04, 2009 12:58:00 PM

Kimberly Mason said…
I know just what you are talking about, letting yourself fall into a depression because you've revisited a hurtful past, I do it too sometimes. BUT, thank God, finally, FINALLY I have learned that God is there with me and the past is the past and I am able to recognize it when God lifts up my head and reminds me it is so. I think you've learned to recognize God's hand in that recovery a long time ago. I'm so glad I have you to follow.
Wednesday, November 04, 2009 2:52:00 PM

Exuberantcolor/Wanda S Hanson said…
It is so easy to be shot down by one while the rest of the people are cheering. I'm glad you know in your heart that you are doing a good job.
Wednesday, November 04, 2009 5:37:00 PM

Gari in AL said…
I have always enjoyed watching how God uses us as He plans and frequently not in the way we think it will be. He has put us in places we would not have planned and sometimes where we didn't want to be, but He has used us and then "rescued" us to better places. How proud He must be that you are always prepared to serve when you are called.
Wednesday, November 04, 2009 9:15:00 PM

Miriam said…
A listening ear is sometimes the most wonderful gift.

quiltmom anna said…
Life does work in mysterious ways-Nancy, we all need affirmation not to be belittled or demeaned. You bring much to the many people whose life you touch directly and indirectly- Your caring and kindness shines through your blog. I hope you know that.
We have been cleaning out the basement space too(while I am trying to write report cards- how crazy is that????) We will better off for it when we are finished but it seems a bit overwhelming these days. Speaking of report cards, they are beckoning...
Be well,
Regards,
Anna
Wednesday, November 04, 2009 10:07:00 PM

Gretchen said…
Thank you for sharing your story. I was struck by the thought that an assessment from the heart from Beverly is more important and true than any assessment on paper.
Wednesday, November 04, 2009 10:25:00 PM

Liz said…
I think that I would request you as a pastoral visitor if I was in need of a hospital visit - just reading your story made me certain that you would bring comfort and joy by coming to the bedside. Thanks for sharing this glimpse into your heart and mind.
Thursday, November 05, 2009 7:23:00 PM