Oslo: Day Two, and A Surprise 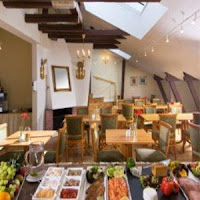 We stayed in three major cities, and in each one we chose a small boutique type of hotel that was situated close to museums and attractions, rather than large spiffy hotels in the business district. Each hotel provided a lavish breakfast buffet, included in the price of the room, that puts the American free-breakfast-included hotels to absolute shame. This photo from the Karl Johan shows a part of the breakfast buffet. Not pictured are the eggs, hot meats, breads, and waffle maker. Interestingly, the hotel management had no objection to a patron's making and wrapping a sandwich and grabbing a piece of fruit to carry along for lunch during the day.

The following pictures show some of the beautiful buildings in downtown Oslo. 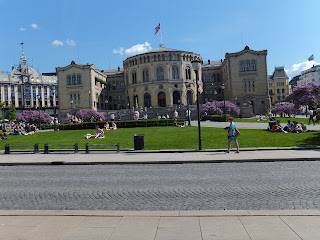 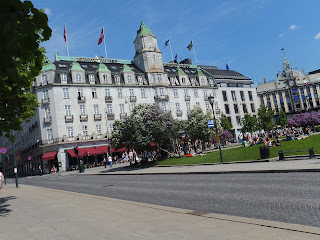 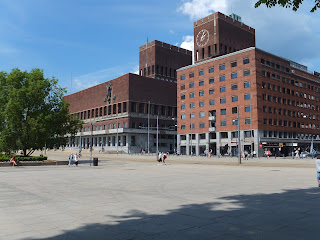 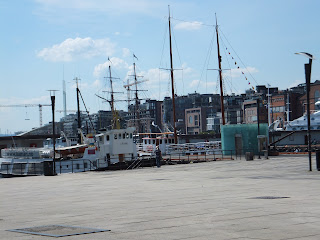 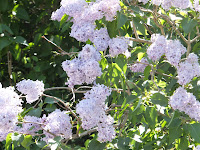 Oslo is a gorgeous city and everywhere we looked there were lilacs in bloom. I later learned that they grow wild in Scandinavia.

There was more to see and do in Oslo than we had time for. We decided to pass on the Munch Museum; having seen "The Scream" pictured many times, we didn't feel the need to see the real thing. It was more important to us to visit the Nobel Peace Museum which had a very moving display about the life of women in Afghanistan and a second important display about the stress-filled lives of American soldiers serving in combat zones.

We spent several hours at the Norwegian Museum of Cultural History and some pictures of this most interesting village-museum combination follow. 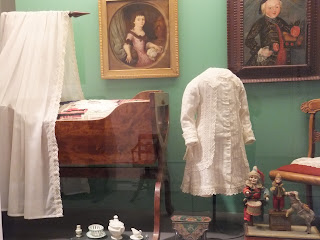 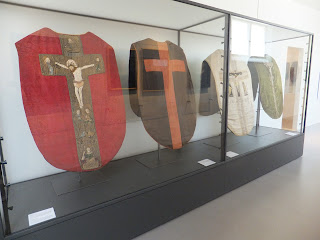 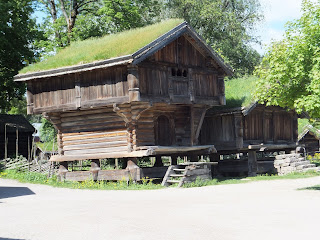 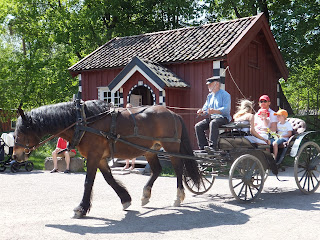 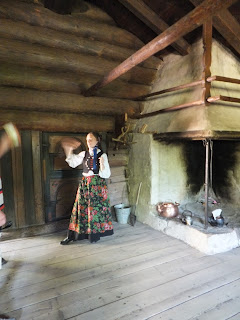 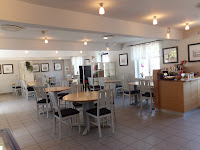 Tired from walking, we had a delicious lunch at the museum's restaurant before proceeding on to the Viking Ship Museum and adjacent Norwegian museum of maritime history, both of which were more interesting than I had anticipated. 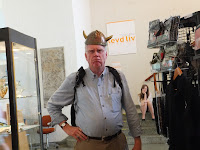 By now, Joe was showing distinct signs of turning into a Viking, and I thought we should be on our way. We had a ship of our own to board!

A short boat ride and walk back to our hotel later, we were in a cab on our way to the designated pier.

Star Flyer is a very, very large sailboat. It is of the barkentine class, and distinctive in appearance with a couple of dozen sails. It is an imposing ship, dazzling to the eye as it pulls into port. As they say, "You can't miss it."

But we couldn't find it! Our cabbie assured us that we were at the right place, drove around a little further, and after a few nervous minutes we saw an improvised Star Clippers banner. But no ship.

Three Birds Inspired said…
Wondering ... are those armor breast plates featured in one of the photos from the Norwegian Museum of Cultural History?
Sunday, June 10, 2012 7:05:00 AM

Mrs. Goodneedle said…
I, too, was smitten with the Lilacs... the profusion of blooming shrubs was completely amazing. There was a certain color of maroon/burgundy in Copenhagen; I had never seen anything like that before, nor did I see it anywhere else. I believe I can guess why your ship wasn't waiting! ;)
Sunday, June 10, 2012 7:32:00 AM

Quiltdivajulie said…
What a tease! Obviously you are not still stranded in Norway . . . loving these wonderful photos and great descriptions.
Sunday, June 10, 2012 5:06:00 PM

Barbara Anne said…
Where on earth ARE you two????????????? Are these photos from your trip from last year or have you flown the coop again? It seems to warm and too early for lilacs for February in Norway, too ...!

Love the photos and I, too, want to know how long you're planning to leave us wondering where the ship was!