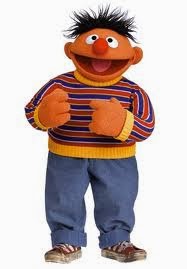 Back in the mid-to-late Seventies, we did time in Chicago. Three very long years. We came to believe Chicago had two seasons: Too darned hot and too darned cold. We lived in a little box (ours was brown) (courtesy memorial nod to Pete Seeger). We'd bought the house in a development where we could afford a three-bedroom rancher, and being totally unfamiliar with the Chicago area, had no idea that we were moving into an all-white neighborhood where people lived out the song, every single verse. I thought I would lose my mind from the utter sameness.

But back to the weather. The house was situated so that the very large sliding-glass door with patio faced the south. In the winter (which was most of the time), the children played on the rug in the sunlight shining in through that huge glass divide.

When the first snowfall came, we were excited. We had no idea. We took little Tom out back so he could play in the snow. He loved it, and cried when he had to come in. He and Joe built a snowman on the lawn facing the patio and, hence, the sliding glass door. And because Joe is an artist, and a clever and creative person, he crafted that snowman so that it was unmistakably Ernie. I thought it was adorable. For the first week. Even the second week. But then . . . .  I do not remember how many weeks I saw that leering Ernie face grinning in at me. As the weeks went on, I came to loathe it, and Ernie too.

And that, friends, is how my fondness for the duller, less grimacing Bert began.

Barbara Anne said…
What a hoot!

When we had snow and cold that lingered a whole week a few weeks ago, I was impatient for it to warm up and melt the snow. Then I remembered my 7 years in a western suburb of Chicago and enduring cold and snow upon snow from November until March or later.

We've always avoided ticky-tacky houses all in a row because of that song.

My favorite Muppet was Grover but I have a soft spot for Kermit because it's not easy being green. Granted, no snow version of either of them has ever looked at me for months!

Thanks for the morning chuckle!

Lcrrkhs said…
I must laugh when you refer to your stint in Chicago as 'doing time.'

Yes, the winters are an adventure. But it makes Chicago home for me. Sadly central IL hasn't been spared (we are supposed to get half of the snow that Chicago would get)this year. We are white all the time as well.

LizA. said…
ha, ha ... I'm guessing your this current winter storm is bringing back these memories...."Little Boxes" - love that song. Cheer up, spring will be here before you know it and then after that you will be telling us how hot and miserable it is "somewhere near Philadelphia".
Sunday, February 16, 2014 12:04:00 PM

Harriet said…
Song brought back lots of memories. I found your old "double helix" posting. I think it had 2 inch squares. It inspired me to do something similar but HUGE, with lots of four inch squares, for my son's genetics institute wall.
Sunday, February 16, 2014 7:46:00 PM