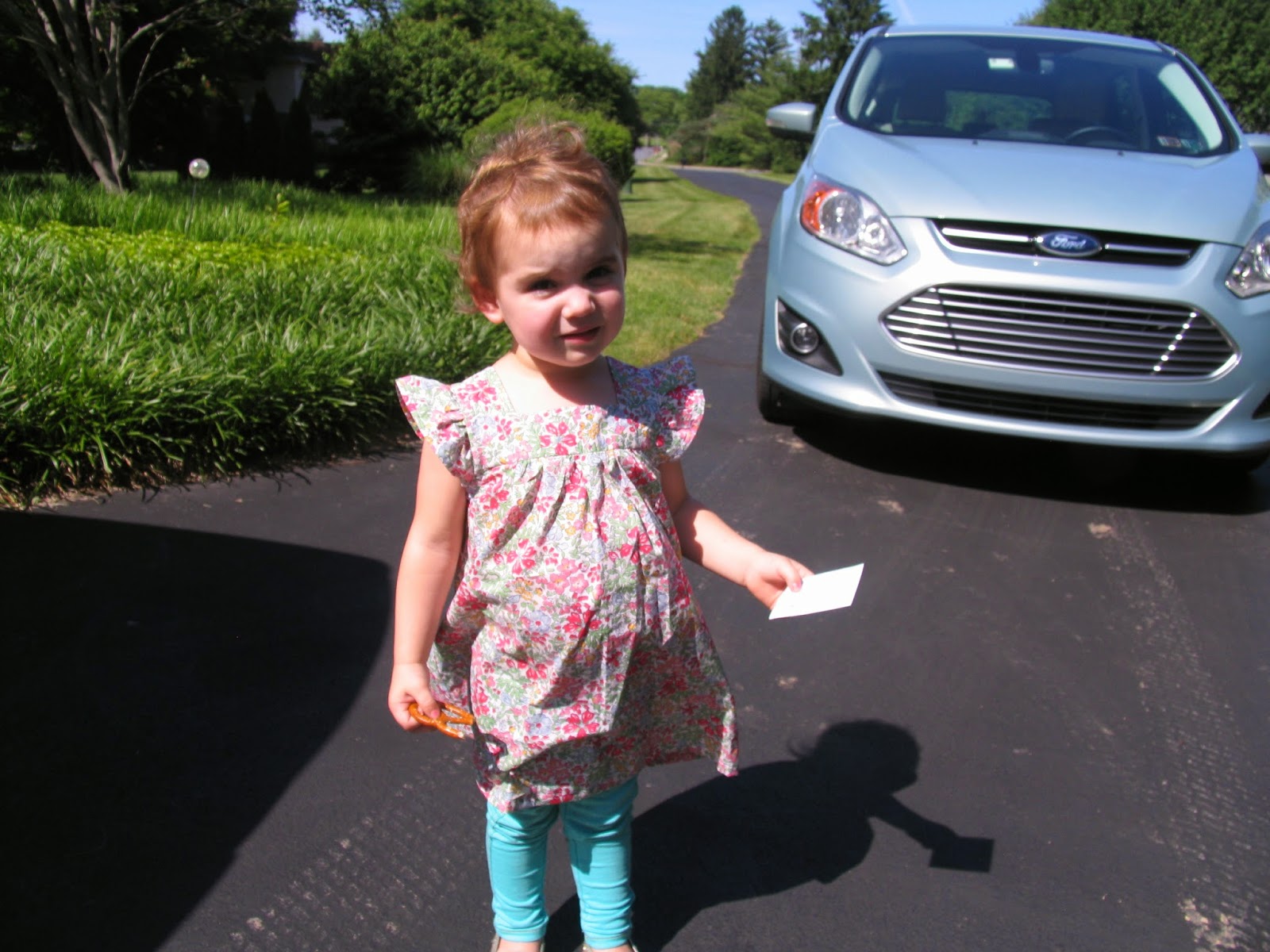 Here are the two little girls wearing the dresses that I made for them. First up is Sophie, two years and five months. She and her father live Someplace Else Near Philadelphia, but I've not had the opportunity to meet her. Yet.

It was Sophie's great-aunt, my cousin Emily, who initially said to me, "I have a piece of Liberty of London fabric; do you want it?"

She was visiting her great-grandmother when this photo was taken yesterday. 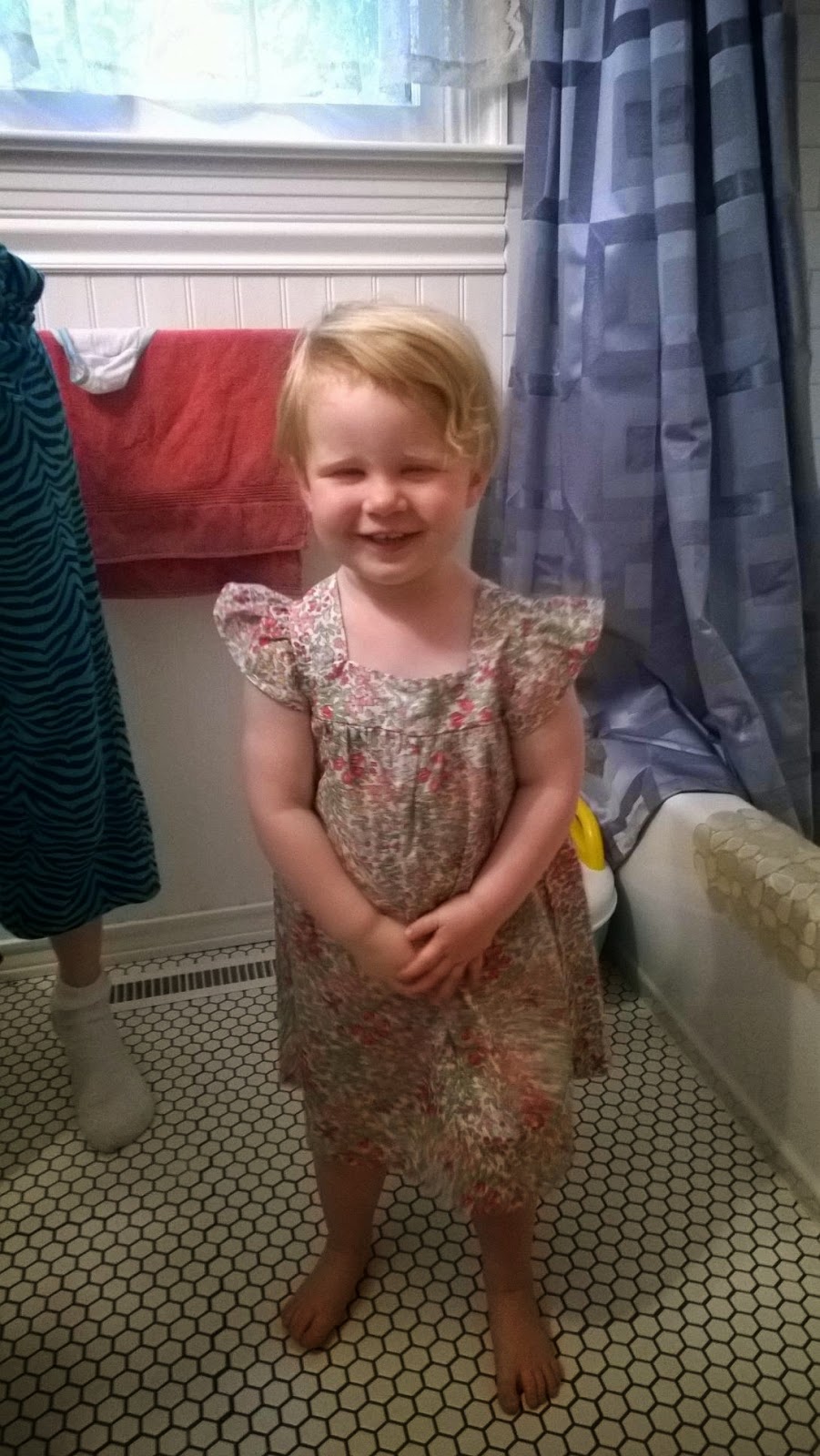 And here is dear Aberdeen, two years and one month. She lives in Richmond and I don't see anywhere near enough of her.

Aberdeen's photo was taken in a room where she is currently spending a great deal of time. Apparently there is a new method of potty training that involves putting the child on the pot every twenty minute in the hope of catching something. Her dad sounded fairly discouraged when we spoke with him yesterday.

I had such a good time making these two little dresses. The other day I found a different pattern for another little dress and one for a summer top. I'm thinking I have just a couple of weeks before I see Aberdeen next; I'd best get hopping!

suz said…
love the dresses - Aberdeen is beautiful. Love the 20-minute potty idea. I suspect there have always been new hopeful ideas for stress-free potty training - we did the sticker reward one - worked pretty well.
Monday, June 16, 2014 9:48:00 AM

Barbara Anne said…
How adorable both Sophie and Aberdeen are and those dresses are as sweet as pie!

We used raisins as rewards during those long ago potty training days.

Perhaps we can finally meet up at Quilting Adventures?

Janet O. said…
Aren't they the cutest little things in their matching dresses? Seems this could be addictive, outfitting the up and coming generation!
Monday, June 16, 2014 11:40:00 AM

Judi said…
The dresses are as adorable as the little girls wearing them!