90 Degrees In The Shade? 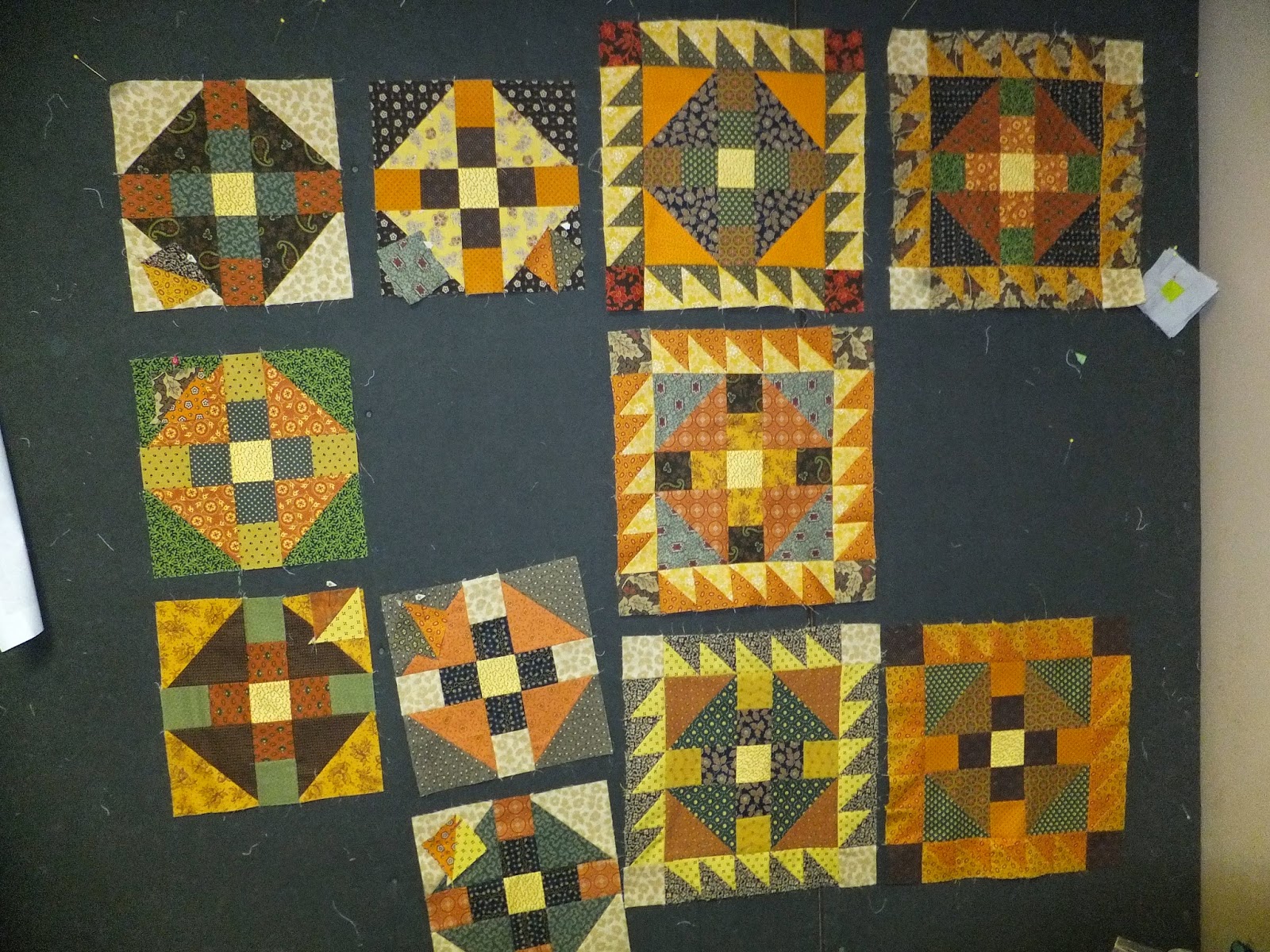 Here's what's on the wall here, Near Philadelphia. A dozen blocks made from yellow, gold, orange, brown, and green CW fabrics. Dunno what the block is called. Here you can see four of them with their first borders on. There is a second, less frenetic border for each of them, too, once the rest of the blocks all have their first borders.

Needing a bazillion HSTs, I dug into my drawer where I found a pack of Thangles in the right size, and used them to make the HSTs. Removed the paper in front of the television (yup, we're watching OITNB, just one episode at a time, thank you).

This quilt, as so often is the case, has no intended recipient. But it will turn out to be just the right thing for someone or some occasion. I saw the block somewhere on the net, dunno where, drew it on graph paper and then pieced the dozen. I like it.

It doesn't have a formal name at present (prolly because it isn't being called "Gretchen's Quilt" or "the quilt for the school raffle"), and I'm thinking back to my childhood when my mother (somewhat prone to exaggeration) would exclaim of a summer afternoon, "By Gosh, it's 90 degrees in the shade!" So there you have it.

Janet O. said…
Love the name. Sounds like the quilt is a real hot commodity!
When looking closely at the blocks it seemed that some of them had an interesting random corner treatment. So I enlarged the photo and discovered that you had pinned HSTs to blocks to show which ones went with which blocks. *LOL*. I thought you were getting terribly creative with the pattern.
Lots of HSTs--love the look, just tire when I'm the one trimming them all. Glad it is you making these great blocks!! : )
Tuesday, June 17, 2014 10:45:00 AM

Ms. Jan said…
Me likey!!! Can't wait to see how it progresses!