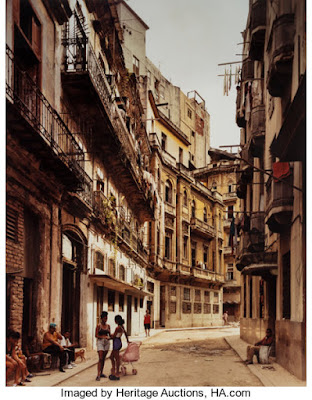 In the summer of 1957, when I was twelve, I had a wonderful experience. I went to camp. I'd never been to away from home before, much less a costly overnight camp for two weeks. But my parents suggested that I might like to do this, along with my good friend Esther. Apparently, they and Estie's parents worked this all out before telling the two of us.

Camp Indian Run was a Girl Scout property. Estie and I were in the Trail's End unit, along with Dina, Curly, and Squeak. My memory provides many details of our time together, things we discussed, things we did, things we wanted to do. As I said, it was a wonderful experience. I did not have a moment of homesickness during those two weeks from June 30 until July 13.

My parents were going to use those two weeks to take a trip to Florida. Since they would be on the road and not have access to mail, I was told to write letters to my Aunt Helen and they would phone her to have the letters read and then they would know how and what I was doing. A satisfactory plan for all.

This morning, my niece who studies genealogy and ancestry and family history of all kinds, sent a news-flash type of email indicating that in the early summer of 1957 my parents went to Havana.

On the manifest for the S.S. Florida, my mother and father are listed (name, address, age, gender, marital status for my father; name and "same" for his wife) as having left Havana on July 4 and arriving in Miami on the 5th, traveling first class.

As a self-focused twelve-year-old, I wouldn't have been particularly interested in what my parents had to say about their vacation. After all, I was the one who had had the great adventure of my life. But surely I would remember if they spoke of Cuba. Surely there would have been photographs, souvenirs. Surely Bonnie would recall.  I remember just two things of what was shared: First, that they went to greyhound races. Second, that while they were at a pier (apparently having a meal), my father gestured toward one of the many nearby pelicans and said, "That's what I want to come back as. A pelican." That's it.

It must be that they drove to Miami, a trip that would have taken three days, called Aunt Helen, taken a weekend jaunt to a foreign land, called Aunt Helen a second time (long distance calls were a great extravagance back then), and driven home. There would have been a couple of days before and after the excursion where they would have enjoyed the beach (and the greyhounds) and perhaps visited other Florida locations.

More than that, we'll never know. 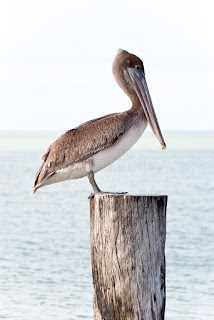 Anonymous said…
So interesting. The things we do not know about our parents and luckily some they did not about us. My friends father just past away. He was a great story teller and when he retired actually wrote the stories of his childhood and his life as father in a book. Each year. What a treasure to provide for his children and grandchildren. I guess you can say your blog is a bit like those books. I too was twelve in 1957 and finding this 2020 to be one of little focus though it should be perfect vision. Pun? Anyway trying to be a bit more positive as I continue this journey and look forward to what lies ahead! Dotti in CT
Sunday, February 16, 2020 12:56:00 PM

Anonymous said…
They were spies!

Janet O. said…
Now that is an interesting family mystery. As our designated family historian it might drive me crazy to discover something like that after all involved parties are gone. As I currently work on my mother's history I am trying to learn all I can before she is no longer here to clarify the things she noted in her journal, or who is in a photo with her. Now I will feel even more driven!
Monday, February 17, 2020 2:05:00 AM

Carol- Beads and Birds said…
Interesting!! My former employer told stories ow how he and a few friends were in Cuba when the revolution started and how they escaped back to the USA. I have met the friends that were with him and it was always so interesting to hear all the adventures they shared.
xx, Carol

Quiltdivajulie said…
I remember discovering that my parents were actually PEOPLE at one point in my life - what an earthshaking revelation. Your Miami/Cuba story is one of those same kind of moments (mysterious or not).
Monday, February 17, 2020 9:31:00 AM

Judy Cloe said…
Please read this quilt blog today and take notice of what she says about security on blogs. https://fretnotyourself.blogspot.com/
Tuesday, February 18, 2020 8:58:00 AM

Barbara Anne said…
How interesting and who would have guessed that amazing side trip happened while your parents were in FL and you were at camp with your good friend Esther! Even more amazing is that you happened to find out these many years later.

MARY MARSHAL said…
Hello! I'm very excited to inform everyone that I'm completely cured from my HSV 1&2 recently. I have used Oregano oil, Coconut oil, Acyclovir, Valacyclovir, Famciclovir, and some other products and it's really help during my outbreaks but I totally got cured from my HSV with a strong and active herbal medicine ordered from a powerful herbalist and it completely fought the virus from my nervous system and I was tested negative after 12 days of using the herbal medicine. I'm here to let y'all know that herpes virus has a complete cure, I got rid of mine with the help of Dr Edes and his herbal exploit. Contact him via email: dredeshome@gmail.com or +2348151937428 Or visit his website; https://dredesherbal.webs.com
Tuesday, March 31, 2020 4:29:00 PM