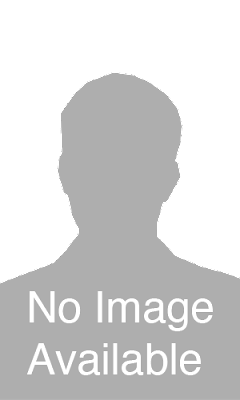 I was a young bride when it happened. It was back in the late 60s and my husband was just a few months into his first Naval duty station. It was a plum of an assignment: he was on an admiral's staff with regular working hours, a couple of over-night watches each month, and an afternoon off every week. We knew we were lucky.

Then we were invited, along with everyone else from the command, to a big party. I no longer remember what the reason for the party was, just that it was in a very nice place on the base, everyone was dressed up, and there were a lot of people present.

The atmosphere was very festive. There was dancing. And there was nice food. And, of course, there was drinking.

We weren't big on dancing, so we were standing kind of off to one side when it happened.

The admiral himself was heading my way. At fairly high speed. And before I really knew what was happening, the great man swooped down on me, crying out, "Are you ready?" before planting a big kiss on me, full on the mouth. I didn't like it. I was repulsed.

Back in those days, the thing to do with an inappropriate sexual advance (though we didn't know or use those words) was to slap the fellow in the face. I didn't do that. This was the admiral, for Pete's sake, and the repercussions my husband could have experienced defy the imagination.

Reflexively, I wiped off my mouth. And in a little while, we went home.

I never did anything about it, of course. What was there to do? After all, this was the 60s. He was an admiral and I was a seaman's wife, very young and very new to military life.

This was the 60s, the time when Don Draper and company were fooling around with the secretaries at the agency and seldom seen without a cigarette, a drink, or both in hand. The 60s, with flower children and free love just around the corner.

So I suppose it shouldn't have come as a surprise.

Compared to some of the stories shared about famous men (yes, this guy went on to several even higher commands and became a next-level-up admiral) and what they allegedly did to other powerless young women, it's small potatoes.

Yet, some fifty-plus years later, I remember that dirtied feeling. And we never attended another base party.

Barbara Anne said…
As a young nurse (already married), a similar thing happened to me, but the man who kissed me behind his patient's back was a neurosurgeon many years my senior. I, too, did nothing but I remember being horribly embarrassed and tried to avoid him from then on.

A year or so later at a different hospital, I was sitting and writing in a patient's chart one day, when I was suddenly kissed on the back of the neck by a passing intern. He quietly called back over his shoulder that it couldn't be helped as I was just too fetching. That wasn't so upsetting for whatever reason.

I hope things have changed for the better since those days in the very early '70s but it seems just such a predator is in the White House - to the nation's shame.

Barb said…
I'm so sorry. Those kind of memories are hard to shake. I've had similar experiences as have many girls and women, even boys and men. One experience completely changed my life and made me frightened for a long time to go out alone. I wish I could give you a hug. Some days the memories are more acute. Be kind to yourself.
Saturday, May 02, 2020 1:11:00 PM