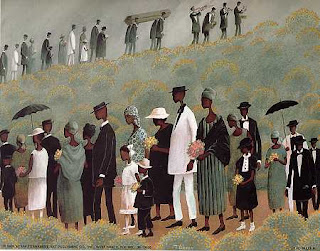 Just before year's end, I received word that an old friend did not have much longer to live.

I'd known Susie since junior high school, when we were library groupies together. We went our separate ways in high school and thereafter, be happily reunited when Joe and I joined our church. We were in the same Circle at church for many years until she and her husband retired to Maine.

Susie has not had an easy life.  Forced as a teenager to give up a baby for adoption, she married, had two more sons, divorced and finally happily married the love of her life.  But she cared for her father through a terrible terminal illness, and about fifteen years ago, one of her boys died from an accidental drug overdose.

At Thanksgiving time, Susie was in Phoenix, caring for a relative who was recovering from a serious motor vehicle accident.  She felt what she believed to be a gallbladder attack and went to the hospital, which she was diagnosed with end stage lung cancer, with metastases to her bones.

Her plan was to return to Philadelphia to seek treatment at one of our renowned cancer treatment centers, and we waited for news of where she was staying, where she was receiving treatment.  The telephone call from her husband to the church office was shocking.  She has been in hospital for two or more weeks and will not recover.

We have a new pastor since Susie moved away.  I offered to accompany him on his hospital call.  It was a strange visit -- tragic and wonderful at the same time.  It was so good to see Susie, to have her remember me and to pick up right where we had left off with teasing and silly stories.  It was so hard to know that she will not get better, though she does not seem to realize that.

Of course this kind of a visit makes one conscious of one's own mortality and I have been thinking these kinds of thoughts since leaving the hospital.

This morning I received word that a seminary friend's teenage son, Stuart, had taken an intentional overdose of medicine yesterday.  I had lost contact with the dad, my classmate, over the years, but the class network is good, and someone made certain that word reached me.  Immediately I thought back to the week after our graduation, when our class reassembled to attend the funeral of Stuart's stillborn brother, Elijah.  I remembered our liturgy professor's contacting me to ask if I would be able to make a tiny pall to cover the casket.

Stuart had not been an easy child, I'd heard, and as he grew older he began to struggle with depression.  And lost that battle yesterday.

How sad, I think, how ironic, that Susie cannot stand the thought of not getting well and fights for every breath, every moment she can have.  And Stuart could not bear to live.

Gretchen said…
A very sad and sobering post. I am never good with words of sympathy so I'm sending peace and best wishes to you.
Monday, January 03, 2011 5:02:00 PM

Nanci said…
So sad especially at this time of year when we are all giddy with a fresh new start to a new year and anticipating all these new projects and fun and there are so many people out there struggling with life and death issues. Thanks for a stark reminder to smell the roses everyday and thank God for our health and happiness.
Monday, January 03, 2011 5:58:00 PM

Bonnie K. Hunter said…
It is a heartfelt post, and sometimes it is so hard to keep putting one foot in front of the other. I think the same too of my blogger friend that took her life in October. What would make a person get to THAT point....when I feel so much to live for, and how many who have their life taken away from them, would give anything to hold onto it a little bit longer...

Salem Stitcher said…
I cannot imagine the whirl of sorrowful emotions you must feel right now. Peace be with you, my friend.
Monday, January 03, 2011 8:02:00 PM

Terri in BC said…
I lost my mother to lung cancer 10 years ago at Christmas, and I still feel her loss every day. My thoughts and prayers go out to both families today, and especially to you for being such a loving, caring friend.
Monday, January 03, 2011 8:58:00 PM

StitchinByTheLake said…
The ending of any life gives us a reason to evaluate ourselves and our actions towards others. We never know when a visit or a conversation with someone might be the last we have. We must always take care to be sure we are treating every interaction with someone else one that will positively impact their lives. blessings, marlene
Monday, January 03, 2011 9:05:00 PM

quiltmom anna said…
Oh Nancy,
My heart goes out to those two families: one who is struggling to understand and the other praying that there is a health miracle.
How hard for Stuart's family- to be helpless and not be able to find a way to ease the burden of someone struggling with depression. To know that your child was in that much pain and not be able to find ways to help would be unbearable to me as a parent.

Hope is a a powerful tool in healing- perhaps Susie will have more time than the doctors expect-if not she will have lived like she wanted to live.

Life does present one with layers of challenges, joys and difficulties - some that seem too hard to bear.
I know that you celebrate life's joys on a daily basis. Your post reminds me of the importance of it.
Love your loved ones and tell them that you love them as often as you can..
Warmest regards,
Anna
Monday, January 03, 2011 9:05:00 PM

HunterHI said…
I reiterate the above thoughts. Appreciate each moment and live with joy. I wish you comfort at this particular time and send prayers to all hurting families.

Anonymous said…
My heart goes out to you as you help these families find peace. Because I know you and have had you sit with me during a life & death time, that you will be a comfort to these families as God has chosen you to say the right words. Take care of yourself and know that I am praying for everyone. They will be added to my prayer chain. Love, your CA cuz
Tuesday, January 04, 2011 12:59:00 AM

Judi said…
There are a lot of lessons in your post, Nancy.

One that has struck me particularly is that we shouldn't assume that, if we have lost touch with someone, we can't still make a positive impact.

It's very easy to assume there are others closer who will find the right thing to do or the right words to say, when perhaps what we are really saying is that in a difficult situation, it's easy to duck out and leave things to other people.

I suspect your gift for finding the right words didn't just happen, but has been honed by much practise. Thank you for the reminder that we all need to try harder.
Tuesday, January 04, 2011 3:43:00 AM