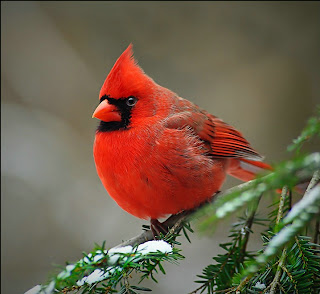 I met Susie a long, long time ago.  Back when I was in the ninth grade and she was in the eighth.  Our school had a new librarian that year, and Susie, Bob, and I were "library groupies."  We'd hang out in the junior high library after school, helping to shelve books, prepare overdue notices, and generally get in the way.

Then I graduated and moved on to the enormous senior high school, and when Susie caught up the next year, I hardly noticed.  Life went on.  Then, twenty years later, after having moved around quite a bit, Joe and I returned to my home town and joined the Lutheran church.  And who should I run into buy my old library groupie buddy!  We picked up right where we'd left off, so long ago.

Sue had not had an easy life.  During high school, she'd become pregnant and -- as was the custom back then -- was not allowed to see or hold her baby; he was whisked away from her and placed with a family who wanted a baby.  Susie was a strong and healthy person; she pretty much had to be as strands of alcoholism wove their way through her family.  After a failed first marriage, she met and married the love of her life, and after her dad's death, fulfilled her dream of opening a gift shop, "The Red Cardinal."

After one of her sons died suddenly, about fifteen years ago, she found an internet site where children who had been given up for adoption and women who had given up their children had the potential to connect.  Miraculously, a year or two later she received a telephone call from that little boy she had never known.

Susie was out in Arizona this fall, taking care of that son after he'd been in a serious motor vehicle accident, when she experienced what she thought was a gallbladder attack.  Off to the ER she went, only to find that it was not gallbladder but rather advanced lung cancer which had spread to her bones.  This was on Thanksgiving Day.  The next week she returned to Philadelphia and entered a wonderful care facility, Cancer Treatment Center of America, where she stayed until the disease claimed her last evening.

A funny, creative, patient, loyal, expressive woman of faith, Sue will be missed by so many.

Nanci said…
It sounds like she indeed had a hard life but I was glad to hear she had found her son before she passed and also that you had the chance to reconnect before her death. Thank you for honoring her in this way she would be very proud of her library buddy for never forgetting her.
Monday, January 17, 2011 11:03:00 AM

Judi said…
This is a lovely tribute, Nancy - I have said it many times before, but I envy your skill with words!

I'm so glad to read of the joys in your friend's life, as well as the sorrows. I'm sure it was all the better for knowing you.

brite said…
A beautiful eulogy for your friend and thank you for sharing her with us.I'm sorry for your loss Nancy, my condolences.
Monday, January 17, 2011 11:54:00 AM

Melissa said…
So very sorry for your loss, Nancy. Susie sounds like such a special person. Thanks for sharing her with us in your posts about her - they have been a joy to read.
Monday, January 17, 2011 12:34:00 PM

antique quilter said…
what a beautiful post and tribute to your friend, isn't it amazing how some people you just pick up where you left off...to me that is a true friend.
Sorry for your loss. I know you will always carry her memories in your heart.

Mrs. Goodneedle said…
I am so sorry to learn of the loss of your long-time friend; she was blessed to have such a loyal friend in you. You have a written a touching and respectful tribute to this woman of strength and courage; we can learn so much from those we've known and loved. Thank you for telling us about Susie, I will think of her whenever I see a Cardinal and thank God for her life.
Monday, January 17, 2011 2:28:00 PM

Terri in BC said…
You all have been in my prayers since your first post about this; now my heart goes out to all of you. Take peace in knowing that she is in a beautiful place and you will all meet again. Love from Canada, terri in bc
Monday, January 17, 2011 2:48:00 PM

Barb said…
I am so sorry for the loss of your friend, but very touched by the words so beautifully written by you! Thank you for sharing about Susie, and the fact that she did reconnect with her son brought tears to my eyes!
Monday, January 17, 2011 2:56:00 PM

quiltmom anna said…
So sorry to hear that Susie lost her fight Nancy. You wrote a beautiful piece about a dear friend.
My condolences to you and her loved ones. Her zest for life will be missed.
Warmest regards,
Anna
Monday, January 17, 2011 9:18:00 PM

Lorraine said…
A lovely tribute to a friend. Thanks for sharing - my condolences on your loss. The red cardinal is such a bright and vibrant little bird - from your description your friend shared some of it's attributes.
Monday, January 17, 2011 10:28:00 PM

i can relate to so very much of this, though not in anyway i can truly describe without insane personal detail.

Lynda Halliger Otvos (Lynda M O) said…
Nancy, I am sorry for the loss of your friend, your library buddy, your contemporary. May the memories sustain you as time passes.
Wednesday, January 19, 2011 4:22:00 AM

Anonymous said…
Your story is a beautiful tribute to your childhood friend. I think we would all like to have such a tribute written about us by our friends when we are gone.

I hope all the good memories of your friend and the times you shared together bring you joy and comfort.