I Can't Think of a Title at the Moment 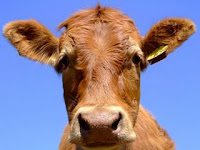 Not long ago, I posted about my dislike of blogs that had audio-advertising on them. A few days later, I visited a blog that I'd bookmarked at one time, and was blasted by what sounded like an advertisement. I went on to write a post about the experience, suggesting that others who did not care to be blasted by advertisements avoid that particular blog. Mistake #1.

In short order, I received two emails from the owner of the blog, thoroughly scolding me, and explaining that what I had experienced as an unwelcome advertisement was actually a video clip from a previous post running on auto-play. Having been corrected, of course I immediately took down the blog post. I should have let it go at that.

But instead, I wrote back to the blog's owner to tell her I had taken down the post, and apologized for having made a mistake, acting hastily, and upsetting her. I thought that would be the end of it. Mistake #2

Before long, I received another email, this time telling me that taking down the post was insufficient. It seems that seventeen people had clicked the link to her blog and may well have marked it as one to avoid or a couple of other possible actions. There was a suggestion that I was lacking in gumption because I had failed to issue a public retraction of my defammatory comments.

This blogger self-describes as sarcastic and, in fact, has a kind of cute little badge on her blog indicating that her soul has been removed for all of her sarcasm. So I thought she might appreciate my drawing her attention to the irony that I had sent her no fewer than seventeen potential followers. Mistake #3

Cate's next email pointed out that I had more or less blown my opportunity to be remorseful and respectful, and ended with her being glad to have copied my entire offensive post before I had taken it down. Not sure what that was all about. But it didn't sound like she'd appreciated my observation.

Needing to move on (and to demonstrate the abundance of my gumption), please note the following public retraction: The blog I had cited does not contain and apparently has not ever contained audio advertising. In fact, it contains no advertising whatsoever. I was mistaken in my perception of the audio message I received. I write this with the full awareness that by providing the link to the blog, I very well may be driving additional traffic her way.

I remember now why I had bookmarked this blog in the first place. It was her post reviewing Fifty Shades of Gray. I liked it a lot. The post, I mean.

Paula, the quilter said…
When one is sneakily reading blogs at work, the LAST thing needed is any sort of audio whether is is a video clip or audio message or music. NONE. I do not frequent the blogs that use that.
Thursday, January 17, 2013 4:04:00 PM

Barbara Anne said…
Mercy me!!! Some folks need to be reminded that angels can fly because they take themselves lightly.

As a matter of fact, my DH has been dismayed by the emphasis on angels for a couple of decades. Why? Because we're meant to be angels to each other rather than leaving kindness and blessings to celestial beings. But I digress...

suz said…
Thought you might enjoy this...when I clicked on the link (I'm at work and it's very early...I don't actually start for another hour-this is when I read blogs), my firm blocked me from the blog because of sexual content!
Tuesday, January 22, 2013 7:57:00 AM

Tanya said…
Oh dear... It makes me afraid to say things on my blog!!!