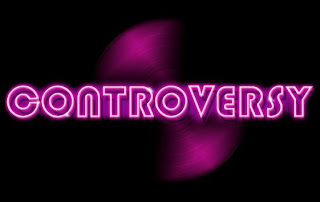 . . . Somehow "dumbing down of quilting" and "marketing plan" have become linked.  That shouldn't be. Two different issues.

. . . I'm fascinated that so many readers inferred wrongdoing in connection with the possibility that a designer might be compensating people to blog about her patterns.  Quite the contrary, if a designer wanted to compensate popular bloggers to promote her products, this would be savvy marketing.  This is pretty much what the Accu-Cut people did, isn't it?

. . . Just because I'm unlikely to accept payment to promote a product doesn't mean I think no one else should do that.  I would, however, like the promoter to acknowledge what is going on.

. . . Consumers can be fiercely loyal.  So can designer groupies!  Again, no judgment implied!


. . . I do share pattern names and products from time to time on my blog.  I do mention specific pattern designers who have delighted or irritated me.  I haven't been compensated for such mentions.  Particularly from the irritants!

. . . No comment goes unread:  Somebody wrote that I should be writing about Japan instead of quilting controversy.  Huh?

. . . I don't condemn the use of precuts!  I bought a jelly roll this past Saturday.  A Moda jelly roll, to be specific.  And plan to use it soon to try a technique that someone graciously shared on her blog.  I think those who use precuts exclusively are missing out on something.  But that's just me.  Preference, friends, not judgment.

. . . I don't regret what has happened this week.  Sure, I made an erroneous assumption.  But the conversation on this blog and a few others has been stimulating and thought-provoking.  And that, as someone would say, is a good thing.

Moving on to Other News Near Philadelphia.  Here's a picture of tonight's dinner.  A nice change from the crow.  It's the fatted mouse*, of course, because the prodigal cat has come home.

Joe was out with Blackberry early this morning and heard some soft mewling sounds coming from the dog house, no less, and when he went over and called, out came Bodacious!  He was happy to let Joe pick him up, came inside, and let me pick him up for a bit of a snuggle, and then took residence on one of his favorite chairs.

No postcards all week.  No souvenirs.  No word on where he's been.  But he's back.  And we rejoice!

*Thanks for this mental image, Pat!
Email Post
Labels: Thinking

Anonymous said…
awesome news Nancy......if only the could talk and tell us where they've been or what they've done....but then as a Mom of adult children...sometimes I'm just as glad not to know. (well someday I'll find out how my smooth stove top cracked itself while I was out of town one summer)
Thursday, March 24, 2011 1:10:00 PM

*karendianne. said…
You know, sometimes I think you went to seminary school and have a good relationship with your spirit because you really hold fast to the truth.

I'm thinkin' Bo needs a darn good talkin' to about this going outside business and not sharing what he thought that was all about. Like he's going to get away with this? I guess he can have his special dinner and all but when I come visit - I'm havin' a serious talk with this boy. This was way too much drama for the family dadgumit!
Thursday, March 24, 2011 1:54:00 PM

Yuki said…
Glad to hear your kitty came back. I know you must have had a lot of sleepless nights.

Regarding your posts, keep up the good work. Controversy gets people thinking and we exchange ideas which in my opinion is a good thing. If they get offended, they don't have to read it.

If we all had the same thoughts, we'd have nothing to say.

Pat said…
Aw, leave the boy alone. We've all learned lessons this week, and his is that the life isn't always better on the other side of the door. I am so glad he's back.

suz said…
So glad to hear your cat is back...but isn't that just like a cat - no post card, souvenir, not even a call to say he's fine!
BTW - please don't step back from expressing yourself honestly. It's one of the reasons I follow your blog. I may not always agree with you (although most of the time I do), but I'd rather you were honest than trying to make everyone your BFF.
Thursday, March 24, 2011 2:34:00 PM

Barb said…
Welcome home Bo, you have been missed! Makes one question if you would go there again...wherever there is ;>)! I like what Yuki said, I like your thinking, I read your blog so that I can think about it...boring world if we all think the same! I love your quilts that you share...so keep on sharing and blogging!
Thursday, March 24, 2011 4:22:00 PM

Stitched With Prayer said…
Nancy, So glad to hear your furry one is home and safe. You know, it doesn't matter how many times we tell our kids to call and let us know they are all right, they just never listen, LOL. Hugs... Oh, by the way, if he can eat a mouse that size in one sitting, he is very appropriately named, LOL.
Thursday, March 24, 2011 8:58:00 PM

Salem Stitcher said…
I've been on the sidelines reading some of the "fallout" from your exercise in freedom of speech and am so impressed with your ability to be a grown-up. I like what Yuki said - if we all had the same thoughts, we'd have nothing to talk about.

quiltmom anna said…
Nancy,
So glad to hear BO has returned home -
It is a great relief when the children come home safe and sound.

On the "dunning down" topic, as a workshop junkie I love to try new techniques and learn new things....BUT there are times when I have put together a simple quilt and the JOY of just cutting and piecing....no stress, no brain-ache, no problems to overcome...is utterly delicious.

I can totally understand why some quilters choose to work that way most or even all of the time.

It wouldn't suit me too often, but that's the great delight of this lovely hobby - there is room for everybody, no matter what their experience, skill level or ambition.
Friday, March 25, 2011 10:10:00 AM

Guenveur in Kent said…
I went to a workshop called "The Ethics of Blogging." It was primamrily aimed at journalists. HOwever, there was a discussion of accepting gifts from companies whose products you were writing about. That's as no-no. YOU can mention things,review things you like (or don't like), but you're not supposed to get goodies from them. I think you are doing thingds the right way. If people are accepting things from suppliers for mention in their blog, that's not ethical.
Friday, March 25, 2011 5:48:00 PM

Susan said…
So glad Bo is back! And I love the "fatted mouse."

I'm another one who would encourage you to keep speaking your mind. I don't always agree with you (I liked watching how the SAL unfolded on several blogs and seeing what various quilters did with the design), but you always give me food for thought.
Saturday, March 26, 2011 8:09:00 AM