Thursday was our day to visit Skansen. We spent most of the afternoon exploring about one-quarter of the park. It is immense. We concentrated our time in the area where the buildings from various times in history had been transported to this setting, and learned a little about life in Sweden many years ago.

There isn't a lot of verbiage to share, but I did take pictures. 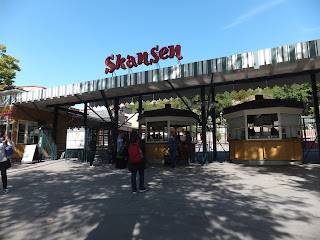 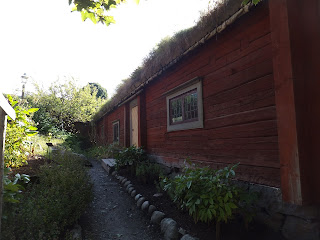 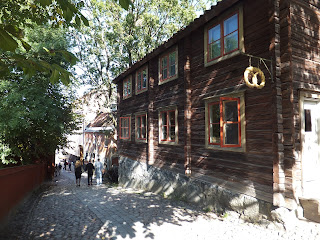 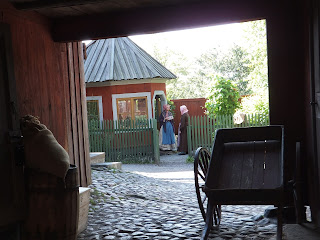 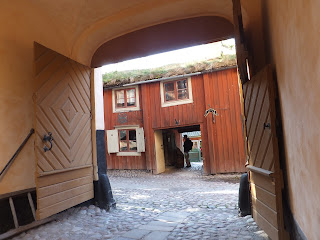 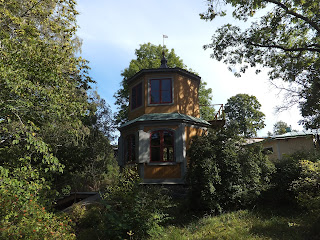 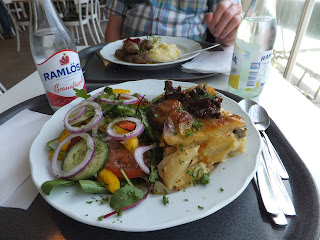 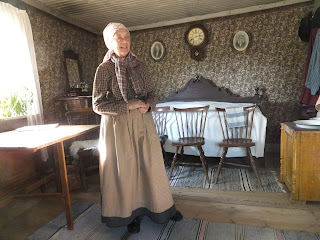 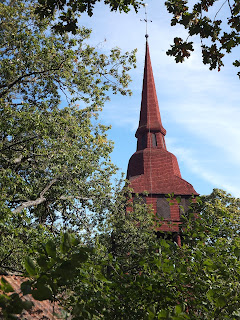 In the evening we returned to a restaurant we had enjoyed four years ago, Sallys. They no longer serve the pasta dish that I remembered so well, but I loved the reindeer filet that I chose. And no, it doesn't taste like chicken.

On Friday morning we split up for a few hours. Joe wanted to try to visit a yellow church he had noticed from the Skansen ferry and I wanted to stroll on the shopping street. So we did that and met at lunch time. 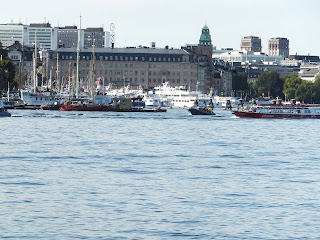 We spent much of the afternoon at the photography museum. There were three exhibits. The first one seemed to be "What is the strangest photograph we can make?" The third one Joe called, "Women staring into space." But the second one was well worth the cost of admission and the walk out to the museum. It was comprised of the photographs of animal conservationist Nick Brandt, and while we didn't know it was going to be on (and, in fact, it closes in two days), we were so glad that it was. The photos of the various animals, the elephants in particular, were poignant.


Stockholm is an archipelago, comprised of many, many islands. Boats are everywhere, both private and public. In addition to the sight-seeing hop-on/hop-off boats, there are commuter ferries. Citizens of Stockholm spend a lot of time on the water. 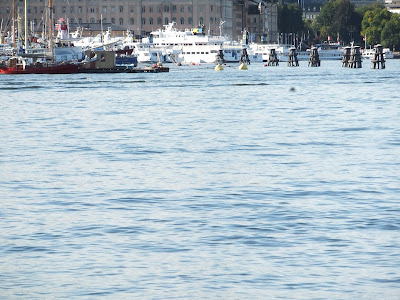 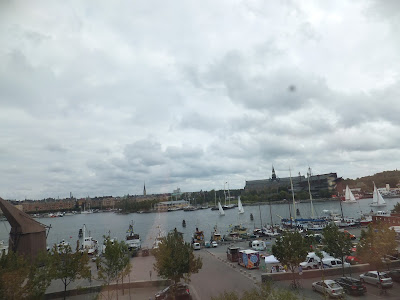 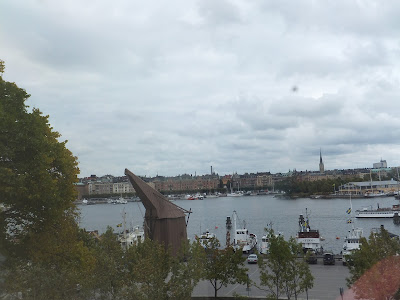 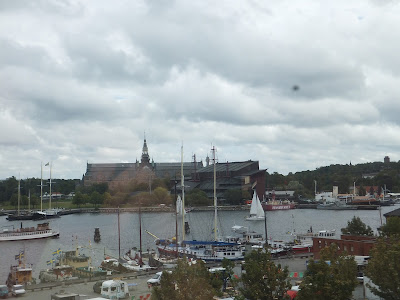 Barbara Anne said…
How very interesting, as usual! You're both marvelous photographers, too, and I'm having a marvelous time with you!

Synthia said…
I'm loving your travelogue (especially the last two days) which brings back happy memories of our three-week trip to Sweden in September, 1999. My grandfather immigrated from Boros, Sweden to Iowa in 1900 at the age of 15. I had always dreamed of going to see Boros and finally was able to make the trip after we retired. The church in the town square provided me with information about him and his siblings which was very exciting. It was thrilling to see Stockholm. Thank you for sharing your glorious trip!!
Sunday, September 27, 2015 10:23:00 AM

AnnieO said…
My husband is Swedish on both sides of his family and it wasn't really that many generations back that they emigrated to the US! Thanks for the peek in.
Sunday, September 27, 2015 11:00:00 PM

Karla said…
So lucky to be able to see the work of Nick Brandt! Is the reindeer gamey like deer or closer in flavor to beef or buffalo?
Tuesday, September 29, 2015 6:45:00 AM