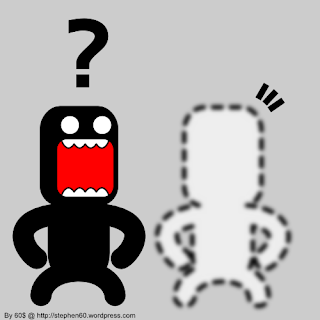 I'm not calling you by name: You know who you are. And I'm not into public humiliation.

I don't have any reason to think that you'll read this; you've never given me any indication that you've looked at my blog at all, much less left a comment. It's kind of a last hope effort to communicate with you.

I wish I knew what happened. That's what it boils down to.

Back in August when we signed up for the Advent Swap, we agreed to

I received a couple of emails from you early on. So far, so good.

And then they stopped. I continued to write for a while and eventually gave up. Your blog was never updated. I made you a table runner from William Morris fabrics for your main gift; I made some other small things and shopped for additional things. I sent you a parcel by the mailing date.

But you never wrote that you received it. You haven't emailed me in months. And I've not received a parcel from you. And now, when I write to try to confirm that you did, in fact, receive my parcel, the emails bounce back.

I wish I knew what happened. There are many possible scenarios. In about half of them, you aren't a very nice person. But the other half are worse: Perhaps you were struck by some horrible tragedy. I've no idea. As a Lutheran I've been taught to ascribe the kindest explanation possible for my neighbor's transgressions. Doing that in this case is complicated and unsettling; it is kinder, I think, to believe you've been the victim of some serious misfortune that has prevented you from contacting me in any way. But that is sad, and I guess I'd really rather go with the "not a very nice person" option, but at the beginning, you seemed so very nice, like someone I was eager to get to know better and to wish lived Not So Far From Philadelphia.

If something happened that made you unable to honor your commitment to the swap, that is understandable. Life gets in the way. I just wish you would tell me that. And that you received my package.

Okay. Now I've said what I need to say. I'm going to try to let go of you now. Be well.

Sorry to hear of your unfortunate swap partner. A number of years ago, I had a similar experience. The entire exchange group - about a dozen of us tried to get in touch, as a number of round robin items were never found. I still remember that exchangers name...She never did resurface on the cross stitch boards - so maybe something unfortunate did happen. But I am very wary before jumping in...

Wishing you a magical Christmas,

*karendianne. said…
I too would like to know what happened. I'm sad this took place or rather than nothing took place. I follow your thoughts and sit beside you considering the possible scenarios and note the difficulty. In about half of them, ASP isn't a a very nice person. In the options left - it's much worse and we all of us shudder to consider any such hardships on another person.

I sometimes consider the truth is in the middle or there is a third option, yet to be unveiled. Mostly though, to be honest, if I were truthful - I figure people are just not very nice folks when they pull this business!

Sometimes I flake out and don't send thank you cards for nice quilt tops that friends give me. Do you think I'm understood for that or am I a not very nice person, too?

soggybottomflats said…
Nancy, I signed up for a Christmas swap, thru a "reputable" shop down under. I guess I was dumb enough to send $15. to facilitate the matches and free patterns to use for the swap. I received 1 email from my partner several months ago. No more word from her. I was so disgusted. All I wanted was a dorky homemade kangaroo with little sequins...kinda screams Christmas, don't you think? I was encouraged to write a blog about my experience, I don't know, maybe I will. I would love to be able to swap ornies or fabrics or whatever, but am a little gunshy now. Hey...maybe we could make some tacky ornies to swap, lol! Thanks for sharing, your COW is showing and I love it. Have a Merry Christmas, big hugs, Elaine
Wednesday, December 23, 2009 10:55:00 PM

Cardygirl said…
Hopefully it is that something devastating has happened to a good person (sad!). I did a Christmas swap this year & my partner barely acknowledged her gifts...it is really hurtful when you try hard to make a connection with a complete stranger.Perhaps some people should never sign on to swaps, who knows? Maybe when I feel hurt & wary I need to remind myself that the beauty is in the giving. Merry Christmas to you & your family!
Thursday, December 24, 2009 4:06:00 AM

Nancy said…
I am so sorry to hear this and I do hope that your partner reads it and understands how damaging this can be.

Sew Create It - Jane said…
How rotten...I must admit I have been bitten a couple of times by people promising great things and then never producing the goods. It's not nice and it does make you think twice about signing up for things in the future.

Pat said…
It sucks when you put so much of yourself into something and get nothing in return. And you used your Bill fabric too!

As Forrest Gump says, sometimes sh*t happens. Let it go. Heave a sigh & let it go. It's not worth the holiday-marring angst. You are a better person. You have a wonderful family,oodles of friends who really care about you, a kickin' sense of humor and 2 grand babies on the way. Who needs a stinkin' tea cozy or a crocheted toilet paper cover?
Thursday, December 24, 2009 2:13:00 PM

SallyB said…
I'll second my mom's comment (Maybe she died). Or maybe she lost her job, got foreclosed on, divorced, widowed or some other catastrophic life changing event. Maybe they were too ashamed to tell you if they are still alive and dealing with major life changes as listed above. If they died, well.....you could always Google their name or look it up on Legacy.com to see if there is an online obit.
Thursday, December 24, 2009 7:55:00 PM

Judi said…
I'm so sorry to read this, Nancy. Like you, I enjoy reaching out to other people through the ether, and I hope that, like me, you find that the wonderful friendships that you have developed that way far outweight the odd bad experience.

Maybe the lesson here is to keep in touch. I have a feeling that your swapper lost the plot somewhere along the line and was too embarrassed to contact you. That's a real shame because I can understand you just wanting to know what happened and at least know that she received and enjoyed your gifts.