The last day in Stockholm was a full and busy one. There was still so much that we wanted to see!

We began the day with the canal boat tour, and another fortuitous accident occurred! We thought we had signed up for a fifty-minute tour, but instead it lasted a little longer than two hours! We saw so many interesting buildings, boats, and sights. I shared some of the more modern buildings in an earlier post. Here are some of the other things we saw on the boat tour: 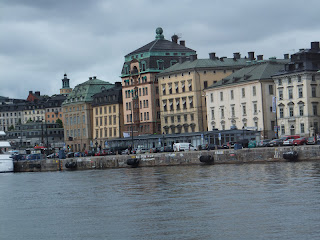 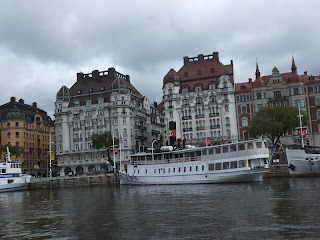 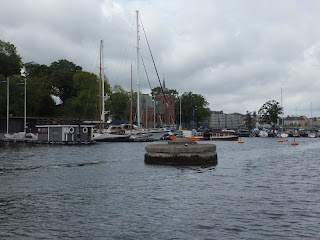 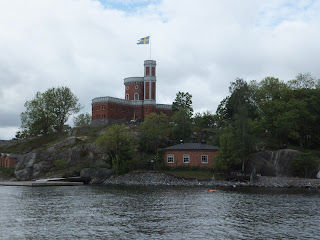 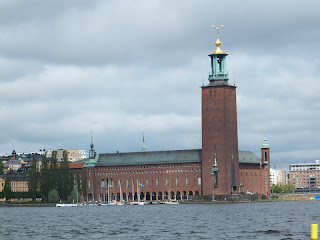 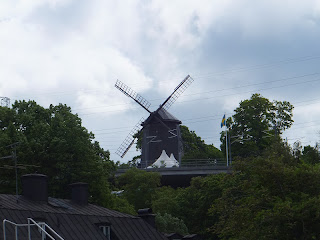 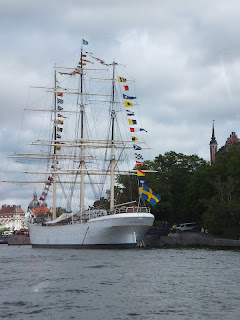 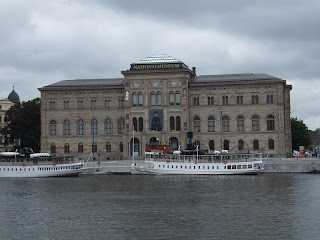 It was essential that we visit the National Museum, home to more of Larsson's paintings. It turned out that most of them were on loan elsewhere, but we enjoyed seeing the frescoes he had painted so long ago, still vibrant and detailed. 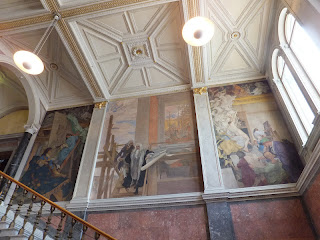 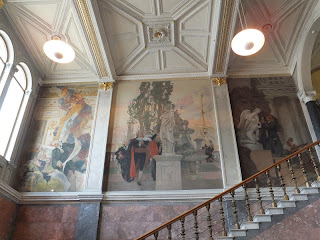 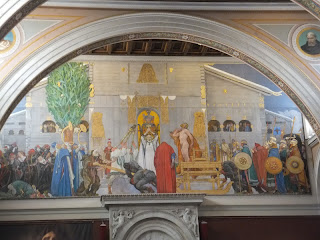 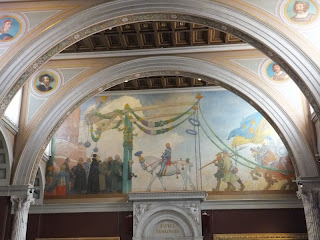 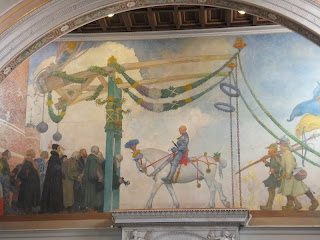 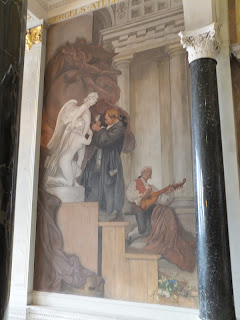 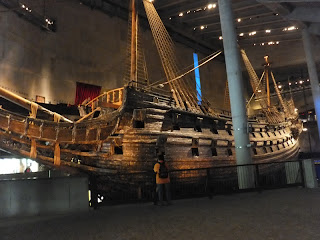 One of the last things that we did was visit the Vasa Museum. Vasa was a huge and magnificent seventeenth century Swedish warship which we came to think of as Sweden's answer to the Titanic.

Vasa sank less than a mile into her maiden voyage and remained underwater for 300 years before being raised and preserved.

The intricate carvings are remarkably intact. 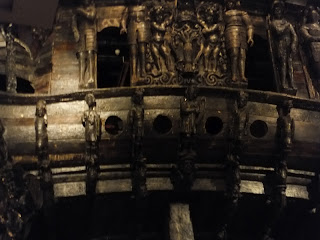 Janet O. said…
I wasn't even there, but just from your photos I feel overwhelmed by the enormity of the history behind all you have seen. Must have been a very emotional journey!
Sunday, June 17, 2012 1:27:00 AM