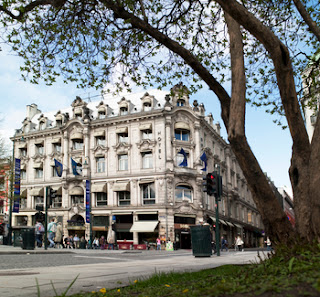 Our trip began on Thursday afternoon, May 24, 2012, when we drove to Newark to catch our SAS direct flight to Oslo. We left the car in long-term parking at the Doubletree Hotel and took their shuttle to the airport. The flight was smooth, although there was a delay getting out. We were fed two meals and allowed to doze.

At the airport in Oslo, we bought Oslo Passes, and took the train into the center of town, then walked a few blocks to our hotel, the Karl Johan. 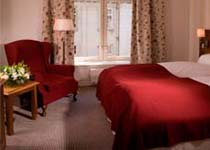 To our delight, our room was available immediately, and we were tickled to find the large flat-screen television turned on with a message, "Welcome Joseph Stevens!" We lay down for a much-needed nap and woke an hour or so later, ready to be out and about.

The Oslo Pass was a wonderful thing; it provided free public transportation (bus or boat) and admission to more than 30 museums. 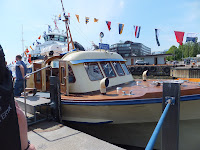 That afternoon we took a boat to the Bygdoy peninsula where we spent several hours. The boat was part of the transportation system covered by the Oslo Pass, and we found it easy to find and use, and comfortable, running about every fifteen minutes and making three stops.

At our afternoon stop, we visited two huge museums. The first held the Fram, a wooden vessel that holds the records for traveling the furthest north and the furthest south, being the first ship to reach Antarctica. We loved the museum -- it was quiet inside and the light was eerie. We were able to climb aboard the ship, and viewed artifacts and tableaus alongside. Following are some pictures from the Fram museum. 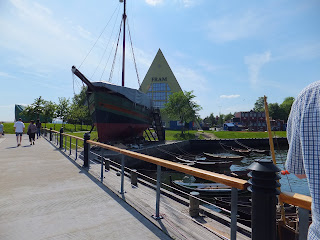 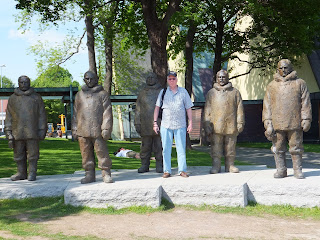 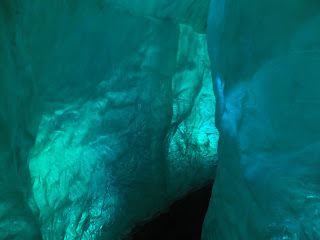 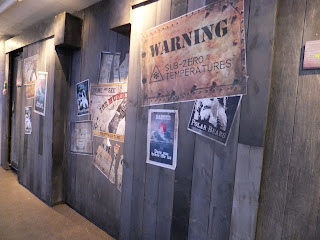 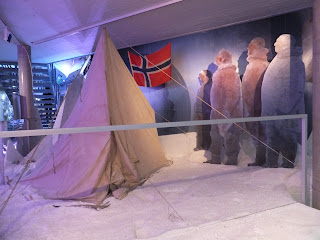 After leaving the Fram, we visited the Kon-Tiki Museum where we saw the crafts used by Thor Heyerdahl in his explorations.

Then it was time to take the boat back to the main part of the city. After a delicious dinner at the Grand Hotel, just down the street, we went back to the hotel. At ten o'clock at night, the sun hadn't set yet. We'd heard about this long-long-day phenomenon, but still weren't ready for it. We were tired, and went to sleep because we knew that the sun would be back up before long, and sure enough, it shone brightly in at a little after four o'clock!

Mrs. Goodneedle said…
I'm jealous... we weren't allowed into Oslo due to the strike. Maybe we should have flown in?!? Thanks for the peek into Norway, maybe one day we'll return and the door will be open for us.
Saturday, June 09, 2012 5:55:00 PM

Janet O. said…
I've been wondering about you and your travels. I didn't miss the coincidence that you and Mrs. G. went to the same place, but one of you couldn't get in.
I love museums. All that history puts things in a different perspective and makes me appreciate what I have. I realize what a small part I play in the grand scheme of things. Look forward to seeing more.
Saturday, June 09, 2012 7:56:00 PM

Quiltdivajulie said…
I, too, noticed that both you and the Goodneedles visited Scandinavian countries . . . I was in Finland in college, so I totally understand the 'midnight' sun phenomenon. SO different than what we are accustomed to.

Jindi's Cottage said…
Fabulous...and it is only Day 1!! I remember it still being light at 10pm in Ireland/UK in July/August when I was there three years ago and loving that...looking forward to your next installment...
Sunday, June 10, 2012 6:03:00 AM