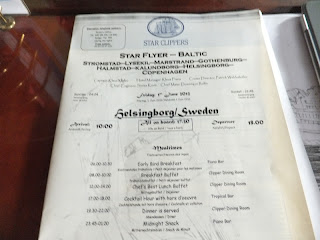 Friday turned out to be a day when it was important to keep in mind that one must be flexible when aboard a sailboat. As you can see, the plan of the day called for us to come into port in Helsingborg, Sweden. There was great excitement afoot -- it seems that the mayor had invited all of the ship's passengers and officers to a cocktail party in the town hall before sail away! And we had received word that a band would greet us as we pulled in. 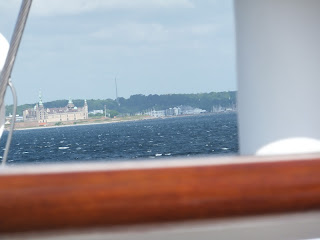 I was up on deck about an hour before we were supposed to dock. It was windy, much windier than usual, and as you can see, the sea was choppy to the point of some white caps. I heard the captain say that it was going to be too rough to go into the dock; instead, we would anchor out at sea and use the tenders to go back and forth. This was a change in plans.

Before long, there was another. The sea, it seems, was too rough for the tenders. And so we were going to Denmark instead!  Not Helsingborg, Sweden, but Helsingor, Denmark!

It proved to be a beautiful, medium-sized town. 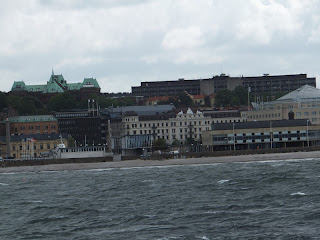 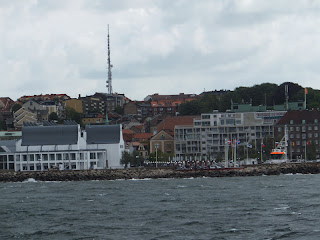 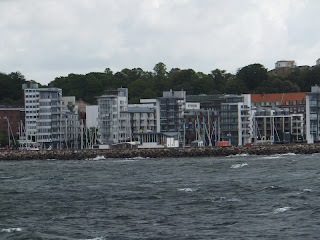 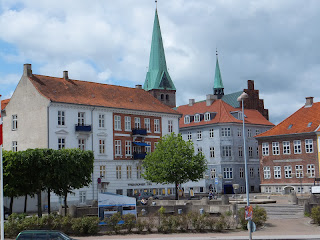 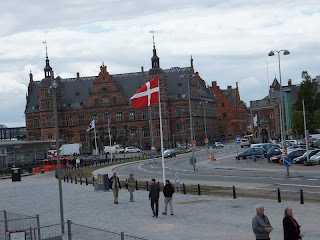 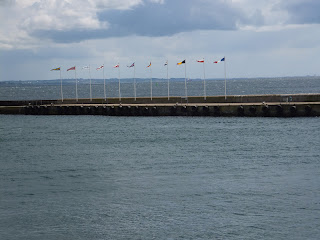 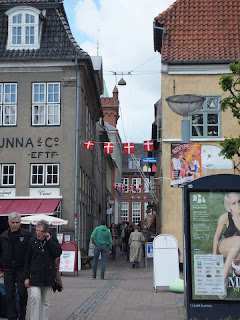 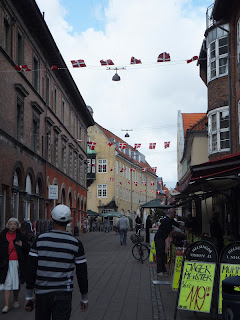 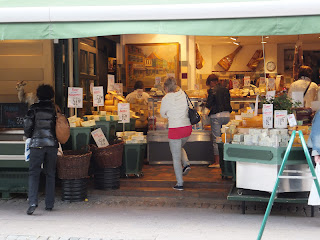 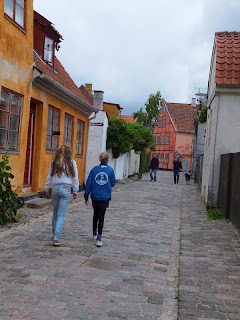 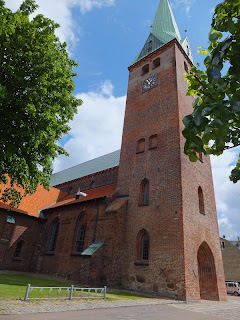 We walked and walked and walked in Helsingor. First we explored the main part of the town, and came across a massive church, Skt Mariae Kirke, built in the fifteenth century, and included a Carmelite monastic complex. These are among the best-preserved Gothic buildings anywhere in the world.  We would have loved to be able to go inside, but it was locked.

The church and cloister had served many purposes over the years: After the Reformation, the Carmelites were turned out and the buildings were abandoned for a time. Then they were used as a hospital, a grammar school, and an almshouse. Presently the buildings other than the church are used for religious administration. 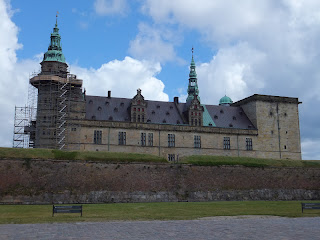 The most impressive, famous structure in Helsingor, is Kronborg, an immense castle/military fortress originally built in the 1400s. It was a long walk out to the castle, and there was much to see when we arrived.

Most of us know of this castle as "Elsinore," the setting of Shakespeare's play Hamlet. 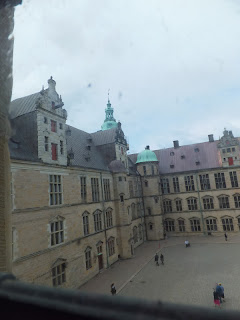 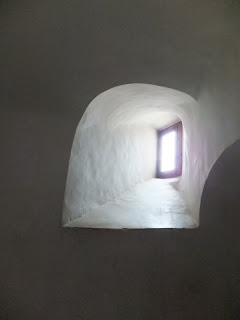 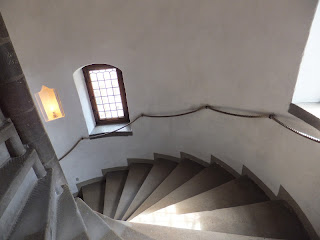 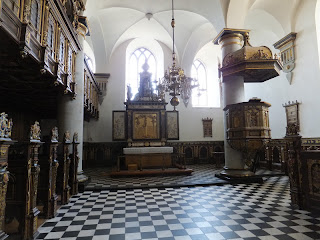 OT Quilter said…
I think I would love the serendipitous nature of a sailing trip during which the weather and the seas determine the itinerary. What fun to discover Elsinore and the lovely little city of Helsingor. I have just finished reading Wallace Stegner's "Spectator Bird" in which the main character is recalling a trip to Denmark years ago. What a coincidence to see your pictures of Denmark now.
Wednesday, June 13, 2012 7:00:00 PM