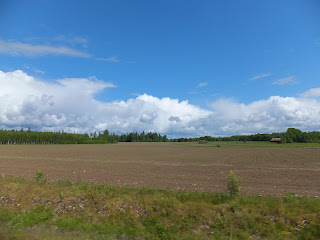 On our penultimate day in Scandinavia, we rented a car (a Mini Cooper, to be precise!) and drove two or three hours north from Stockholm to the province of Dalarna and the town of Sundborn.

For years I've admired the paintings of Carl Larsson, and have some prints in my home. I knew that his home in Sundborn had been preserved and was open for tours. Joe was in agreement: We needed to go there.

The drive up was beautiful. 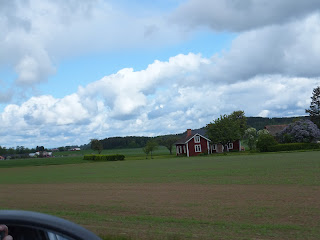 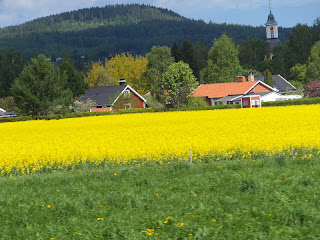 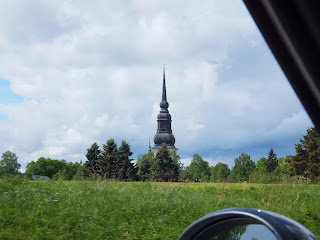 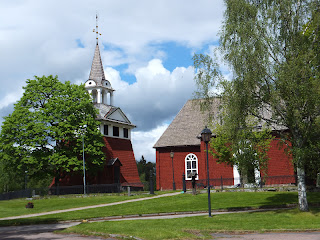 When we arrived at Lilla Hyttnas, we learned that the next tour in English would begin in two hours. This wasn't a problem. It was lunch time and there was a lovely cafe adjacent to the grounds. After a delicious meal (meatballs, lingonberries, herring, of course) we knew exactly what to do for the rest of the time.

I had learned that after the death of his son Ulf, Carl Larsson's grief therapy took a different art form. He offered to paint designs on the inside of the local church. We had planned to visit the church after seeing the house; those plans were reversed. 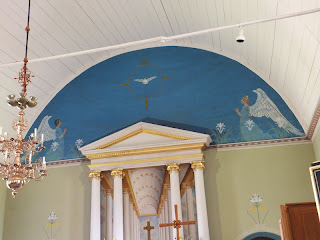 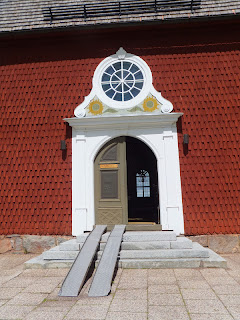 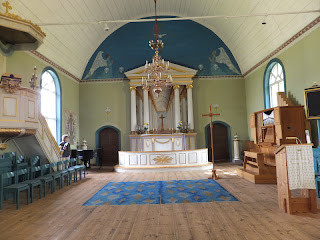 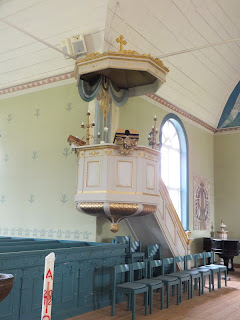 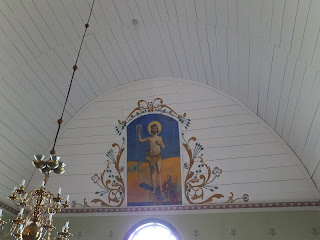 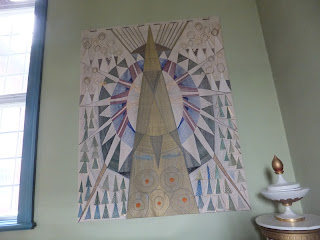 The last picture above, of course, is not Larsson's work, but it was too lovely not to include. 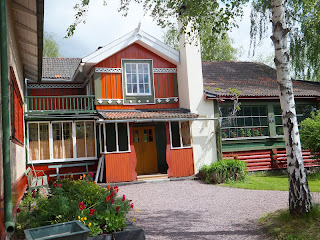 Our tour guide was a pleasant and knowledgeable woman dressed in a long, flowing smock type of dress in the style of Karin Larsson. We spent about forty-five  minutes inside the home, and photography was neither practical nor permitted.  There was a feeling of deja vu as we walked through rooms we had seen pictured for thirty years. We learned quite a bit about the Larssons' history and saw Carl's wall ornamentation and Karin's surprisingly modern style weaving up close and personal. After the tour, we lingered on the grounds taking more photographs. 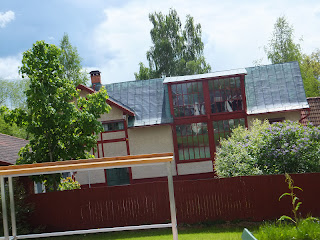 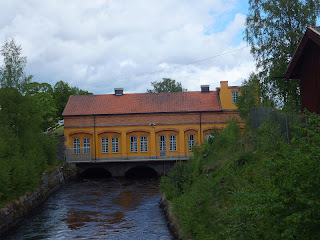 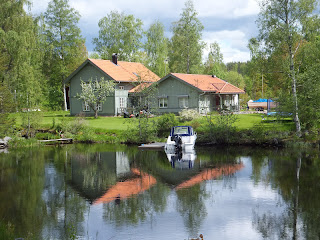 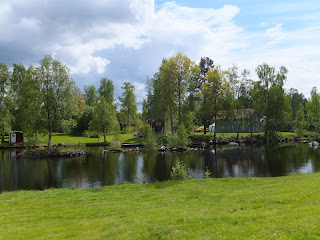 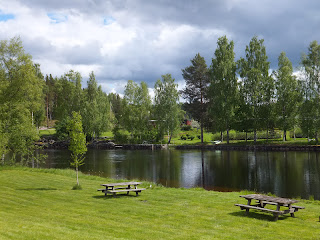 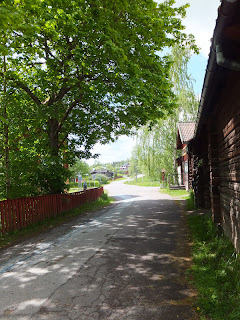 Serendipitously, a group of school children was gathered at the picnic table in the back yard and there was something so familiar about the sight of them that I took a photograph. School Children Under the Big Birch, by Nancy Stevens

Breakfast Under the Big Birch, by Carl Larsson

Quiltdivajulie said…
I've been watching all along - enjoying your photos and descriptions ... what an utterly marvelous series of experiences you've had and are sharing.