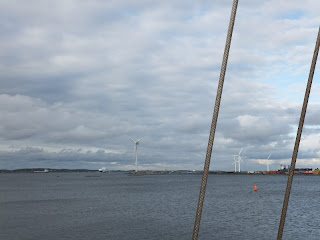 Before we saw very much of Gothenburg, we saw the windmills. This was true almost everywhere we went. Scandinavia has many, many windmills, standing tall and majestic. We loved them.

Gothenburg,or Goteborg, is the second largest city in Sweden. It didn't feel huge to us, though. The ship had scheduled an excursion for the day, but we decided not to do that. Fortunately, Star Clippers provided a free bus into town and we were told what time we'd be picked up to come "home." 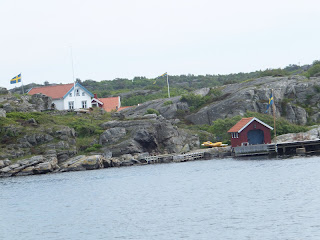 The coastline was deceptive. It looked so much like another sleepy town. But once we were in port and on the bus, we learned otherwise.

In Gothenburg, as in the other large cities we visited (Oslo, Copenhagen, and Stockholm), the best way to get an overview was to take a canal boat tour, and the first one we took was in Gothenburg. The cities also provided sight-seeing buses and boats called "Hop On, Hop Off," and we used that service  in Stockholm. Following are some scenes from the Gothenburg canal boat tour: 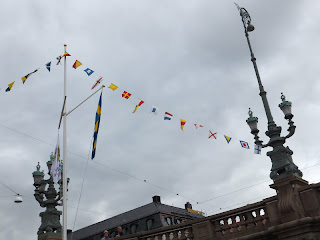 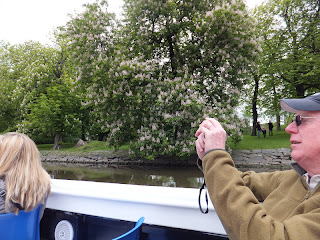 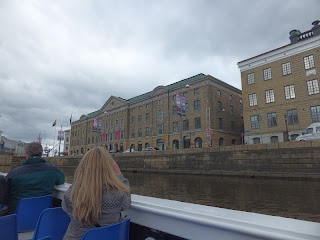 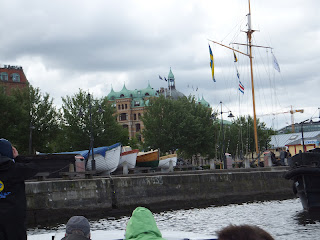 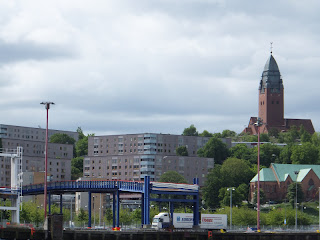 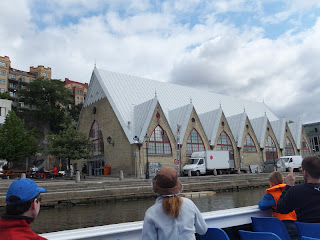 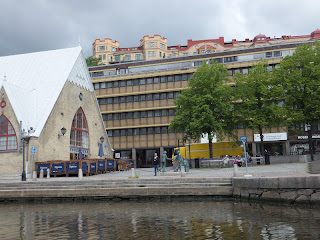 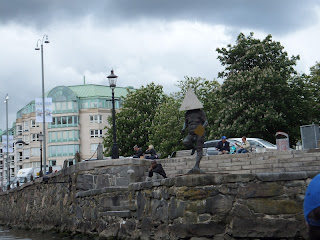 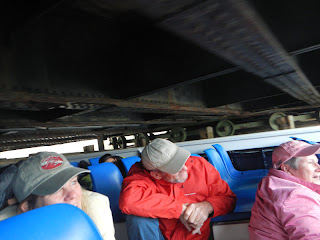 The last picture above documents a funny situation. One bridge, the "cheese slicer" bridge is so low that when we passed underneath, we all had to get out of our seats and sit on the floor of the boat. 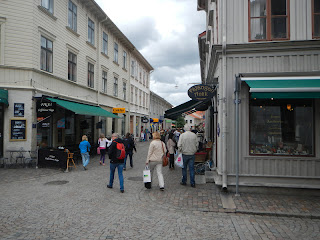 After the canal boat tour, we wandered around Gothenburg for several hours, seeing quite a bit of it. As you can see, the roads were cobblestones, which we experienced virtually every place we visited.

We asked a lady in a shop to recommend a traditional Swedish restaurant for our lunch, and had the best meatballs, mashed potatoes, and lingonberries ever. In Gothenburg, as in all of the towns and cities, most people drank beer with their lunch, and sometimes stopped in the plaza in the afternoon for a glass of beer. Following are some photographs from our Gothenburg wandering. 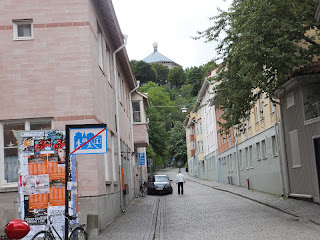 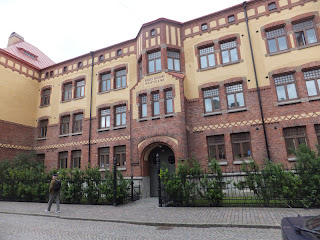 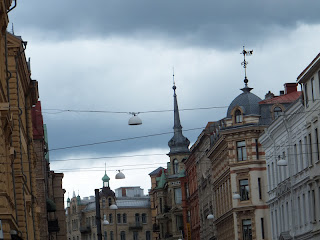 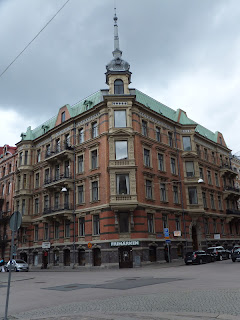 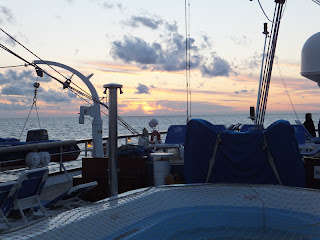 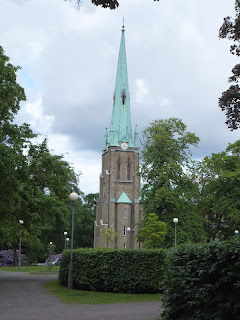 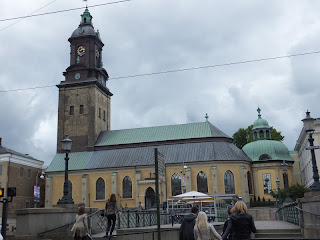 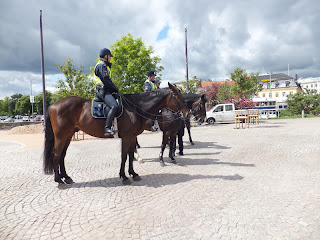 There were two things that made Gothenburg special. One was a plaza dedicated to Raoul Wallenberg, and the other was in the heart of the city where there were rainbow flags everywhere in anticipation of a gay pride festival that was scheduled to begin the following day. The "Quaker" part of me felt right at home. 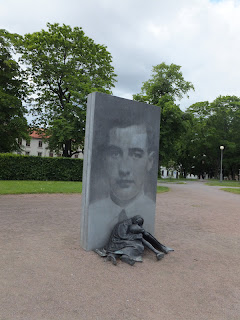 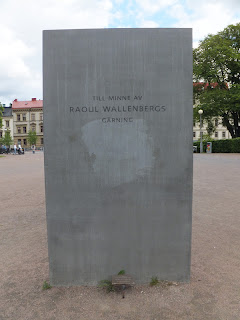 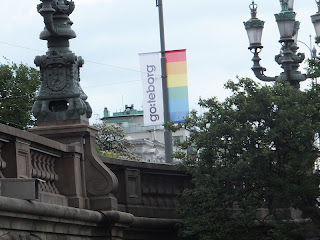 LizA. said…
If you want to see windmills, come to central Washington. They're all over, especially along the hills around the Columbia River between Washington & Oregon.