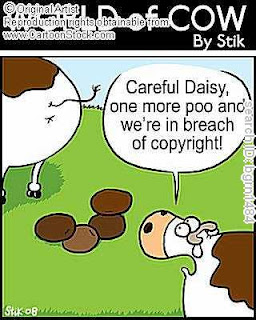 Well, by gosh, you should have known I'd have to write about this brouhaha.  Somebody posted the link on Facebook. The issue is about the US Olympics Committee being peeved at some knitters.  Knitters, I tell you! Here's an excerpt from the story:

If you mess with the Olympics trademark, a cloud of legal hurt will descend on you faster than Tyson Gay in the Men's 100 meters. Case in point: The U.S. Olympic Committee has sent a cease and desist letter to a knitting-based social network for hosting a knitting "olympics." Now, knitters are in revolt.

2012 was to be the third year that the knitting social network Ravelry—yes, this exists and is surprisingly popular—hosted a "Ravelympics," a knitting competition for users that includes events like an "afghan marathon," and "scarf hockey." Knitters were supposed to compete in their events while watching the actual Games on TV.
But that was before the U.S. Olympics Committee got wind of it and sent Ravelry a cease & desist, for making a mockery of the Games with their needlework. Here's a passage from the letter, sent by the USOC's general counsel and posted by Ravelry founder Casey Forbes to his blog (Ravelry account required):

Do you believe this?  How small, how mean of the US Olympic Committee.

And if it applies to knitters, by gum, I imagine it applies to quilters, too. For the past several Olympic seasons, I've watched every single night, doing my handwork, and holding what I called my Olympic Binding Event, little realizing that this could possibly be offensive to a skater, a gymnast, a javelin thrower (and I certainly don't want to get on the wrong side of him) or a luger. I'd already begun lining up projects for the London Games, set to begin in a little over a month. Dare I continue my plans? Or "scrap" the idea of viewing and watch West Wing reruns instead?

Knitters, I stand beside you!  I salute you!  Cast on! 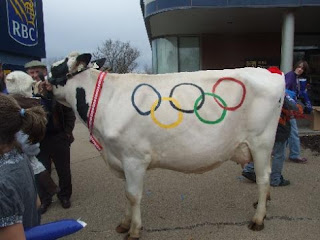 Three Birds Inspired said…
You know a boycott would throw the US Olympic Committee into a tizzy. As much as I enjoy the Summer Olympics, I think I am going to pass this time. I just signed up for Hulu Plus and may join you watching "West Wing". We need to start a "moooovement". Power to the needleworkers!!
Thursday, June 21, 2012 10:59:00 AM

Janet O. said…
The Olympic Committee can be very testy. I recall silly issues surfacing when the games were held 80 miles from home 10 years ago.
I will still watch to support the athletes themselves--not the committee, but I will be very careful what I name my projects lest the committee members get wind of it and think I might possibly offend an athlete (whom I believe couldn't care less about Ravelympics and such).
Thursday, June 21, 2012 11:21:00 AM

LizA. said…
Absolutely ridiculous. As someone on the thread said, are they going to make us flatten or rename the Olympic mountains here in Puget Sound, located on the Olympic Peninsula......
Thursday, June 21, 2012 12:14:00 PM

Salem Stitcher said…
Really...could they not see it as a way to get people interested in the Olympic Games who would may not be interested enough to watch? It's called free publicity...goobers.
Thursday, June 21, 2012 12:54:00 PM

Quiltdivajulie said…
Tunnel vision (aka silo building) at its finest (I mean, worst).

Char said…
How asinine! I'm a member of Ravelry and although I won't be participating in the ravelympics I support my fellow Ravelry members in their efforts. Shame on the committee! MOO!
Thursday, June 21, 2012 2:28:00 PM

Cathi said…
How incredibly short-sighted! Instead of revelling in the extra attention this might bring to the Olympics, they instead manage to turn off who knows how many people.
Thursday, June 21, 2012 2:45:00 PM

Margie said…
Please read the Yarn harlot's post about the the whole thing. She is a smart business woman and a MAJOR person in the quilting world.
Thursday, June 21, 2012 7:45:00 PM

suz said…
Good grief! I got turned off with the Olympics when they started letting pros play. I love how they can overlook their own rules when it suits them. As for the word Ravelympics - they would have been hard-pressed to get anywhere with their claims...seriously! I think they thought they were pushing around a bunch of old ladies, which in and of itself is pretty pathetic. I work for lawyers and there is not such thing as a standard form of cease and desist letter - the attorney and the person wanting the letter have to talk. They mentioned the occasion and the activities - they knew (at least they thought they knew) what they were doing. The apology just made the situation worse. How sad. They lost a lot of viewers this year, I think.
Monday, June 25, 2012 8:09:00 AM