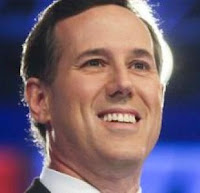 A colleague posted this link on Facebook this morning and when I read the article, I knew the author was on to something important.

There have been presidential races in the distant past where I felt that there was a real choice to be made, that there were two candidates with merit.

I'd love to see the return of that choice, and with the Republican Party in its present state of disarray, there doesn't appear to be hope of it any time soon.

The author of the article, Joe Nocera, posits the hypothesis that the nomination (and subsequent loss) of Rick Santorum would be the catalyst for reorganizing the Republican Party into a semblance of its once great self.

Of course I'm looking forward to another four years of President Obama. No question there. But after that, in '16, I'd love to have to think really hard about which is the better candidate.

pcflamingo said…
Yep. Good article. We had a similar situation with the Republicans here in Washington state several years back. They nominated a complete far right ideologue for governor and lost dramatically. They will undoubtedly forget that lesson again. And so will we Democrats in our turn.
Saturday, March 03, 2012 10:22:00 AM