A Trio of Moos

There is so darned much to Moo about, a COW* just doesn't know where to start. I think this cartoon might be as good a place as any. Somebody has thought this whole thing through pretty clearly to some frightening  and not-so-far-out conclusions.

Here is where I would post another picture if I didn't want to keep this blog's "G" rating. This whole requirement for ultrasounds (transvaginal and otherwise), pictures, verbal descriptions is about as disgusting as Rush Limbaugh and his thoughts on women and birth control. I'm telling you, friends, there is a lot of Moo-worthy news in the political sphere. 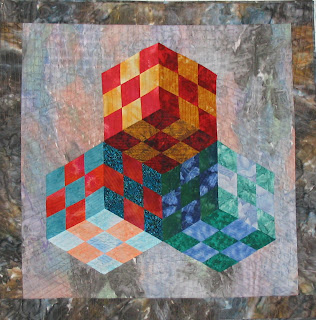 Now here's something completely different and outrageous, from the quilting sphere, no less. And I'm not talking about the quilt pictured, because I have long admired it and wished to take a class from its maker.

Turns out that said maker, Karen Combs, suffered a break-in and theft of this quilt and many others, along with her teaching materials and other stuff. You can read about it here and I hope you will because sooner or later those gorgeous stolen quilts are going to appear in public and someone is going to have to draw them to the attention of the police (and I'm not talking about the quilt police here, either). 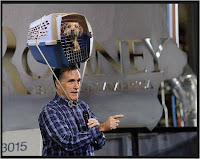 And, finally (for now anyway), we have this image. While I have no interest (personal or otherwise) in advancing the Mittster's cause (though, truth be told, he is the least frightening of the current Republican Rogue's Gallery), I'm utterly disgusted with Santorum for publicizing the Crate-Gate nonsense. No, friends, I prolly would not have put Blackberry (or any of our other previous pets) on the roof of the car and headed out at high speed. But who among us has not at some point many years ago made a poor decision or done something that is regrettable?  Rick must be desperate to be spending so much of his time and energy carrying on about Mitt's lapse.  Doesn't he (Rick, that is), tout his own claim to be a devoted follower of One who spoke about those who should cast stones?

Enough for now. Gotta go graze for a while.

suz said…
Love the cartoon. It expresses my concerns to a "t". You are so right, there is so much out there to MOO about, but I'm learning to shut my mouth. I had no idea so many of my friends were Fox News watchers/followers. It's dismaying and I'm finding it's better to just smile and pray for them. Tolerance doesn't exist anymore.
Thanks for highlighting the baskets - I really "need" another project, but Tecumula does do a great job with their little projects!
Monday, March 19, 2012 10:51:00 AM

Three Birds Inspired said…
I am amazed that my head has not blown off the top of my body. My sister recently declared that anyone voting for Obama did not love our country and was probably a communist. Prayer does not begin to cover it...
Monday, March 19, 2012 10:56:00 AM

Janet O. said…
Is it just my eyes--I couldn't read the cartoon and it doesn't enlarge when I click on it.
It is such a sad thing that those quilts were stolen. Can't believe how lost so many are that they have no respect for the lives and property of others.
You voiced my feelings about the Republican candidates so well!
COWs unite!!
Monday, March 19, 2012 11:38:00 AM

LizA. said…
Well said. It just boggles my mind that anyone, especially women can even think of voting for these guys.....so ad about the stolen quilts--seems to be a rash of that going around. Definitely cannot leave ANYTHING you value in your car.
Monday, March 19, 2012 11:43:00 AM

Bobbi said…
Does "trans-vaginal" sound less or more awful than simply "vaginal"? I think it makes it sound less awful than it really is but maybe there are people who just cannot say, simply, vaginal?

I was trying to find a link or jpg for the cartoon. I'd love to post it to facebook.

We are losing the very rights we worked so hard to get.

Belva said…
Moo too. I live in Virginia and have been moved to activism because of our crazy legislature. It feels great to actually speak my mind and do something. I'm sick of just staying quiet when my fox news watching friends go off on their crazy rants. We need to call them out on their crazy.
Tuesday, March 20, 2012 10:08:00 PM